The Americans now tied their future with that of the Byzantines. They soon develop factories and train workers to rapidly advance the technology to the point were they are building Rifles muskets civil war era artillery and steamships that help defeat and route the Ottoman army besieging Constantinople. Catching up with the fleeing sultan and his renegade American lover, George Mavrakis and his wife save the wounded Sultan's life and persuade the victorious Byzantines to show mercy to the defeated Ottomans who in turn help him establish a new kingdom bordering the Byzantine lands. Within time the two empires become allies and share technological advances to send an expedition across the Atlantic to the new world .

With the technological advances and new military tactics brought by the soldiers lost in time the Ottoman armies are routed.

Before George could insert the new magazine the Janissary’s weapon fired sending a large lead ball towards George, striking him in the chest and knocking him down. Fortunately for George his body amour, designed to stop 21st century high velocity projectiles stopped the low velocity led ball in its tracks. George quickly recovered, got up and shot the offending soldier.
“Say hello to Allah for me.” The man died with a puzzled look on his face. It looked for a moment that the Byzantines would retake the wall but several dozen fresh Janissary troops arrived and joined the fray.
“Pull back we can’t hold them,” George yelled.
The Ottomans now had several hundred troops inside the inner walls. George knew that if something was not done soon it would be almost nearly impossible to dislodge them and the city would be lost. They had retreated to a safer position a couple of hundred yards down the wall, which was covered by two 12 pounder guns. There he met up with General Perdakis and his staff.
“General Mavrakis what is happening? Can we hold them?”
The two guns fired in unison sending explosive shells towards the enemy. “The Turks have breached the walls; we need to hold them in that area, we can’t let them advance anymore. We will fight them house to house if necessary and make them pay dearly with blood, for every meter they take. 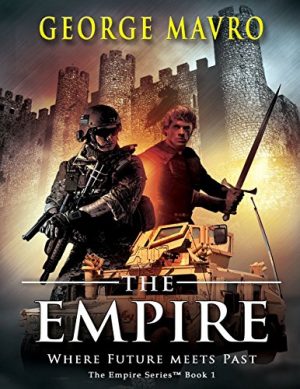