You are here: Home / Author Interview / A fantasy/historical fiction book based on a U.S. Secret Service case in 1898. 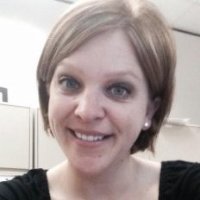 A trio of children enter the Mousegate at Walt Disney World and each one becomes embedded with one of the three main characters. They see and feel the emotions of the characters and they live the history.

Question-01 : Where do your ideas come from?
Answer : They come from life, with a large dose of imagination.
Question-02 : Speaking of careers, your biography says that during your time in Miami, it was “the counterfeit capital of the world”. Can you elaborate on that?
Answer : During that time, Miami was probably as close to the Wild West as you could get. There were cocaine cowboys, tons of drug money, and corrupt politicians and police. Miami had it all.
Question-03 : Where did the idea for Worthy of Trust and Confidence come from?
Answer : From the Secret Service Commission Book. The oldest commission book in the archives is dated 1874, and Worthy of Trust and Confidence was on it even back then.
Question-04 : Why did you want to write about counterfeiting?
Answer : I like mysteries, the old West and horses. And, counterfeit money was a big part of my life for a long time.
Question-05 : What’s your next project?
Answer : Another trip through the Mousegate, but this time, they will physically be there to help the main character.
Question-06 : What is the toughest case you ever had to work while in law enforcement?
Answer : The Supernote case, which I hope to incorporate in a fictional story in the future.
Question-07 : If you could give any advice to beginning writers, what would it be?
Answer : Don’t give up. Don’t ever give up. Being a beginner myself, I don't know what to suggest. I try to feel the characters and put those feelings on paper.
Question-08 : Where do your story ideas come from?
Answer : My own imagination. I’ve always loved adventure stories, and I once wrote a short story about a manhood test drawing on my knowledge of such tests among various cultures.
Question-09 : Why did you choose to write about (Your Subject)?
Answer : I love writing Fantasy Adventures. In the Javic Series, I wanted to create a role model for today’s young man. Javik is the son every father wants.
Question-10 : What is your next project?
Answer : I have published two books Adventures of Regen the Bremen, Josh and the Cargan. I now have four books that will be published in 2015. The Javic Series (Mauhad, Love and War, Queen of Gorgos) and Josh Martin Space Commander.
Posting....