A powerful fundamental End Time Christian Senator, anti-Semitic and anti-Catholic, discovers that his birth parents were Catholic and Jewish through a letter written by his dying Catholic mother to the Jewish father who knew nothing about having fathered a son.

From the get-go, the reader is drawn into the story by a letter written by a woman from Bellingham, WA, right before she passed away. Her attorney has been instructed to deliver the letter to a Samuel Davidson, an eighty-two year-old judge residing in FL. But instead of mailing the letter to Judge Davidson, the Seattle based attorney first contacts the judge’s son, Rabbi Mark Davidson, of New York City. It’s important to note that the dying woman was Catholic.
The letter is a revelation to all concerned. Can a chance encounter between a dashing young P-51 fighter pilot and a pretty USO girl on Iwo Jima in 1945 have repercussions sixty-one years later? Throw in a former priest and a powerful Fundamental Christian Senator and you’ve got a delightful tale.
“The Letter” is well written, entertaining and enlightening. There is a redemptive quality to Jerry Yellin’s prose. He is a gifted storyteller and a visionary. He pulled off the same thing in his remarkable memoir “Of War and Weddings.” The dialogue in “The Letter” is spot on, and even though his characters sometimes talk for extended lengths of time, it all seems to work. The author manages to juggle the subjects of war, religion and politics without sounding preachy. Not an easy feat. He can make the complex seem simple and the simple complex. The reader looks at all angles of a subject through the eyes of different characters. While the subject of Intelligent Design (Creationism) versus science (Nature) comes up, somehow Mr. Yellin is able to do this without sounding heavy handed or judgmental.
The hint of violence is always on the back burner, and kept me turning the page. My favorite line in the book: “This is where grown men come to cry.” A deep compelling story that will keep you awake at night, wondering about the future of this planet, the human family and where we came from.
I highly recommend this book. Five stars!!! 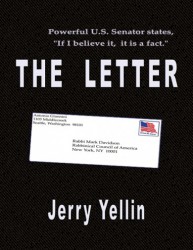 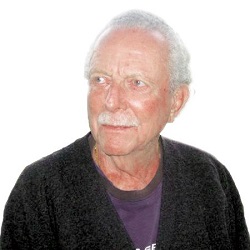