News Hook: Learning sports with other neighborhood youth on their own in the tough city parks, he went on to Weber High School where he excelled in football and baseball, and was part of Weber’s first city championship team playing in front of 83000 fans in Soldier Field. At the University of New Mexico he lettered in football and baseball, playing on three conference championship football teams and received a degree in Biology. After a stint in high school and major college coaching, Repetto turned to corporate recruiting where he recruited and hired several thousand engineer in the defense and mining industries over a 39 year career. Having written for trade journals plus a screen play and 2 published short stories, Prairie Fire is his first novel. Repetto enjoys the precious time he spends in Arizona with his wife Antoinette and their family. He is a voracious reader, most recently having read Go Set a Watchman, Team of Rivals and Ken Follett’s Trilogy.

Gary Repetto grew up in Chicago not far from Wrigley field where he was able to inexpensively watch the Cubs struggle at an early age.

"Recently retired in Arizona with his wife Antoinette, he is working on a second novel and a collection of short stories." 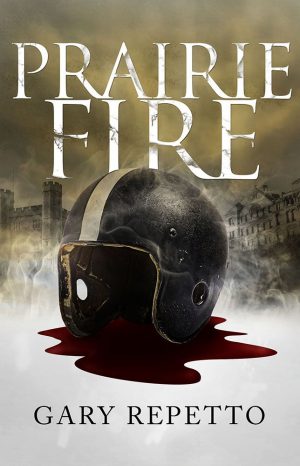