ENLIGHTENMENT... The mark of a successful man is one that has spent an entire day on the bank of a river without feeling guilty about it. This piece is for those of us who have been plagued by suffering and have so often wondered, why me? What did I ever do wrong? Why does my God hate me so?

The mark of a successful man is one that has spent an entire day on the bank of a river without feeling guilty about it.
This piece is for those of us who have been plagued by suffering and have so often wondered, why me? What did I ever do wrong? Why does my God hate me so?
Two years ago, I was sitting next to a flowing river; the sun was shining on a beautiful English summer’s day. I was with my two rescued dogs, Bigfoot and Little bear who were busying themselves in play. I took my shirt and shoes off and then dangled my aching feet into the cold flowing water. I had water to drink and fresh fruit to eat. I smiled not just for a few moments but what seems ages, I just could not stop smiling. I had in my eyes and after an extremely long journey of self healing achieved what I had set out to become so many years before when I was a broken shell of a man full of pain and anger. I had at last become a contented man and a contented man with nothing and I mean nothing. No huge bank account, no flashy car or many homes, no wardrobes full of unworn clothes and shoes to adorn my body, Just me, my memories and my belief in a better self.
I reflected on the abuses meted out during my formative years, on the anger and the volatile nature of my soul. I thought about the amount of pain and suffering I had to endure, all down to the hands of others. I wrote in my book Battle Scarred Journey about just some of these abuses and the feelings of rage towards my perpetrators. I also wrote about forgiveness, not because I was told to by God, Jesus or any other wise prophet. I learnt to forgive as this was the only route to enlightenment because to hold the pains inflicted by others means I was also holding their pain, which I will not do. They were wrong to carry out such heinous crimes, but it is they that have to live with themselves. I simply refuse to and when I realised that I don’t have to carry the odious suitcase of suffering forever, I began to feel better about myself and less concerned about the illness in the perpetrators and believe me, being an abuser is an illness and an illness that needs to be cured. There is no self loathing as some have suggested.
I have never felt or believed I was a victim; I refuse to be anyone’s victim. My book was about life, my life and if you cared to read between the lines, it’s about how little we care for each other and the gross neglect of a dreadful society and government. I have never sought sympathy and dislike the reams of rhetoric that spews forth from the mouths of the simple who want to justify an illness by punishment. You don’t put an angry dog in a cage and expect the anger to disappear, so why rather than help the sick do so many want to beat, stab, castrate and hurt the mentally ill. I recently had the misfortune of making an honest comment on an idiot’s page (LinkedIn) who hated my ability to see through the crime and instead of an eye for an eye mentality, try to understand, help and learn to forgive. I forgave all my abusers and there were many. Yes, my abusers were wrong to abuse me, but to be unforgiving and spiteful did not help me become enlightened, because you will just become part of the thug mentality of the baying crowd. So dislike me for saying a sick man needs help but the truth is this, you will never reach any enlightenment until you can be open minded and not negatively deformed like some of the people and their vitriolic screaming of hate.
I have learnt many important lessons in life and there in those few words are in truth, the crux of the matter, is learning to forget and not be beaten down by the weakness or sicknesses of others.
So hating my abusers and wanting to hurt them back had in truth, only achieved one thing. I was brought crashing down to the level of the sick and I, I am better than that.

Joko Beck wrote…
Enlightenment is not something you achieve. It is the absence of something. All your life you have been going forward after something, pursuing some goal. Enlightenment is dropping all that. 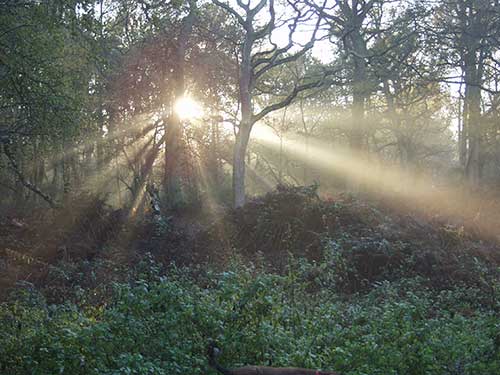