The Underground Railroad Was Not a Myth – Part One

All the tracks of the Underground Railroad are gone. All the abolitionists have vanished. All the slaveholders have turned to dust. And all the freedomseekers are rejoicing with their maker, for their legend lives on. It’s this legend that drew me to study them, to learn about their secrets.

The Underground Railroad was not a Myth – Part One

This opinion is nothing new. Larry Gara first trumpeted this message in his book, Liberty Line, published in 1961, and more recently, David Blight has expanded on it in his chapter on the Underground Railroad in Race and Reunion. In fact, Kytle and Gessert use some of Blight’s pet phrases of sarcasm from that book.

I take issue with this. There is ample evidence that the Underground Railroad was a daily reality. We find much of the proof we need in the accounts of Philadelphia’s stationmaster William Still, who published his records in 1872, and in New York City stationmaster Sydney Howard Gay’s “Record of Fugitives.” In the “Record” which was recently published for the first time in Secret Lives of the Underground Railroad in New York City, Gay names the people who forwarded fugitives to him and lists agents in New England, New York and Canada to whom he forwarded the fugitives.

So what are we to make of the quotes used by Kytle and Gessert made by abolitionists Thomas Wentworth Higginson and William I. Bowditch that there was no real organization and no regular route or stations for the Underground Railroad? The problem is that they are taken out of context. One needs to read the entire letters and have an understanding of the context from which they are made.

Both men were members of the Boston Vigilance Committee, Boston’s Underground Railroad organization. There were 209 members, and 46 black associates whose homes were used as safe houses. From 1851-1860, it aided 430 fugitives from slavery. But that doesn’t account for the fugitives aided by the three prior committees: the first organized in the spring of 1841 by Charles Torrey, the second by William Nell, and the third by Bowditch and his brother, Henry. Bowditch’s home, incidentally, was used to harbor such famed fugitives as Henry Box Brown and Ellen Craft.

That there was no regular route or stop does not mean there was no Underground Railroad. Routes and stops were usually dictated by the situation. And using such examples out of context misleads and misrepresents the true nature of what was actually occurring.

Siebert also drew heavily on such works as Still’s book which is the unvarnished truth of people who were there and involved, and the reminiscences collected by Robert C. Smedley about the Underground Railroad in Chester County, Pennsylvania, published in 1883, and others like those of Levi Coffin published in 1876 — recollections that were published not long after the antebellum period.

If we dismiss Siebert and believe that the stories told to him are untrue without trying to substantiate them, then we are failing as historians who should be seeking the truth. For example, in his Vermont’s Anti-Slavery and Underground Railroad Record, Siebert stated that Ferrisburgh, Vermont, agent Rowland T. Robinson took a fugitive to the home of his friend, Joseph Rogers, and that Joseph’s sister, Mary, recorded the incident in a diary. (Rogers’s diary is now part of the collection of the Rokeby Museum, formerly the Robinson home). Rowland E., Robinson’s son, sent this story in 1896 to Siebert, explaining that the fugitive was put on a Lake Champlain ferry for New York, and that he may have sent him to “Samuel Parr in Peoria.” But there was no Samuel Parr on the western side of Lake Champlain and no village named Peoria.

However, Siebert was vindicated in 2011 when Robinson’s original letter was found at Harvard’s Houghton Library. A digital copy revealed that Siebert deciphered the letter incorrectly. Robinson wrote that he didn’t know “to whom” the fugitive was sent unless it was to “Samuel Keese of Peru N.Y. who was in sympathy with the Antislavery workers.”

When one realizes that Keese was the head of the Underground Railroad depot at the Quaker Union near Peru, and that Rowland T. Robinson was a fellow Quaker, and a close friend, this story becomes extremely credible.

Though Siebert did make some errors and hasty judgments, like the lawn jockey being a marker for an Underground Railroad stop, that doesn’t discredit the full body of his work. Blight and Gara focused on these errors in an effort to debunk the Underground Railroad legend. Ironically, their myopia led them into errors of their own, which will be discussed in Part Two. 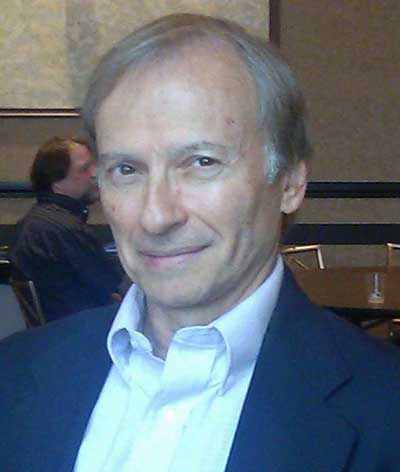