The Underground Railroad Was Not a Myth – Part Two

All the tracks of the Underground Railroad are gone. All the abolitionists have vanished. All the slaveholders have turned to dust. And all the freedomseekers are rejoicing with their maker, for their legend lives on. It’s this legend that drew me to study them, to learn about their secrets.

The Underground Railroad was not a myth – Part Two : In Part One, we discussed the credibility of Wilbur Siebert, the Underground Railroad’s first and some like myself would say, most important historian. However, since the publication of Larry Gara’s Liberty Line, Siebert’s reputation has come into question, and it has been further eroded by the criticisms of the antebellum historian, David Blight.

In Blight’s Race and Reunion, an otherwise brilliant presentation on how Confederate supporters mis-remembered the Civil War and its causes, he attempts to apply this theory to the Underground Railroad. Unfortunately, he errs in his choice of examples.

One involves a slave rescue in central Ohio for which he uses a “nostalgic” newspaper account from the Marysville, Ohio Tribune, dated September 29, 1897, that was sent to Siebert. Blight uses a mocking tone to characterize this account, suggesting it is far from the truth. What Blight apparently doesn’t realize though is that the story of Udney Hyde, the rescuer and Underground Railroad agent, and Addison White, the fugitive slave, was well-documented in Ohio newspapers during the antebellum period. Nine accounts appeared between May 20, 1857, and June 18, 1857.

We use this example to show how incorrect information can distort history; in this case, an oversight by Professor Blight.

The truth was, however, that when all seemed hopeless, Brown encountered a Quaker in Ohio who took him in and helped him recover so that he could continue his journey. Brown was so grateful that he took the name of the Quaker, Wells Brown, as his own as a free man. Gara neither mentioned that Wells Brown was involved in the Underground Railroad in Buffalo, nor that he took a job as a ship’s captain on Lake Erie and regularly took fugitive slaves to Canada. He also doesn’t place the Wells Brown escape in its proper context. While the Underground Railroad was always decentralized in Ohio, in 1834 it was still developing there.

There are other egregious examples of this mythologizing the history of the Underground Railroad by contemporary historians. They believe they are doing it in the service of bringing us the truth. But attacking Wilbur Siebert and those who have freely passed down their stories to posterity does not serve this end. They are not responsible for the apocryphal story of quilts codes, the over-emphasis on “hidey holes,” and the iconification of Harriet Tubman, John Brown and Frederick Douglass to the exclusion of the hundreds of people who were involved in the Underground Railroad. In fact, the key to unlocking the real truth of the Underground Railroad can be found with agents like Sydney Howard Gay and Louis Napoleon, whose stories have now been brought to light for the first time by both the new book of Eric Foner, Gateway to Freedom, and the new book by myself and co-author, Don Papson, Secret Lives of the Underground Railroad in New York City. 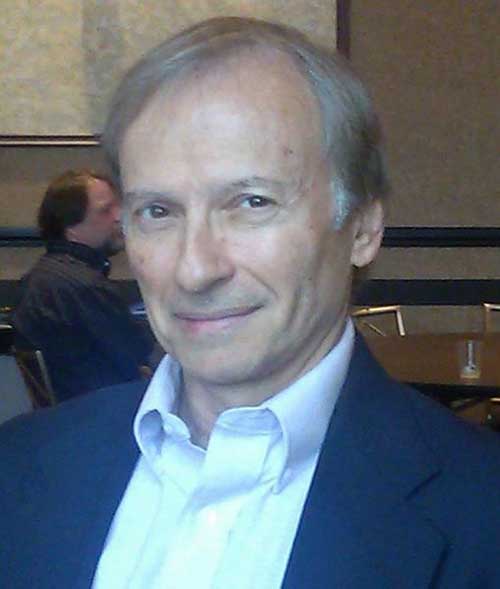