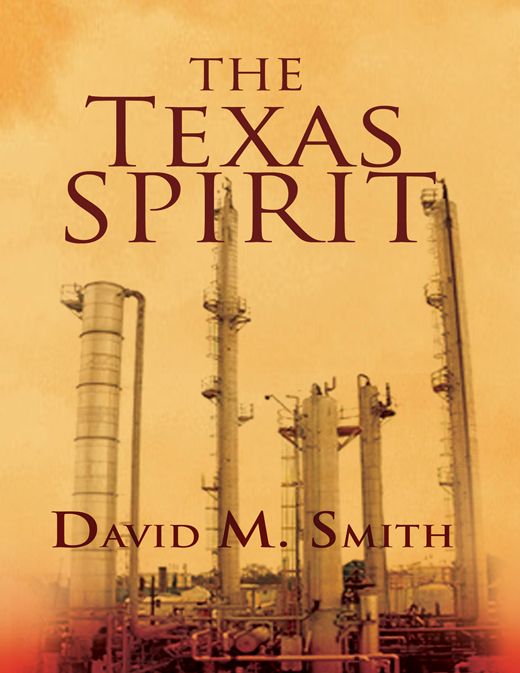 During my pre-teen years, my parents decided that I too should take piano lessons like my brothers had before me.

Forrest Jr. or “Buddy,” the oldest of us three Smith boys and musically the smartest, had made rapid progress in his years with Mrs. Ponsford of Morgan Studios. He showed ability early to play by ear, sailing through the pieces such as Falling Waters, Indian Song, and The Happy Farmer. Paul or “Bim,” next older, also did reasonably well with Mrs. Ponsford’s piano lessons.

Then my mother faced a problem. She found it hard to accept the fact that the musical genes that kicked out liberally in Buddy, and moderately in Bim, came out negligibly in Davo.

At the end of my first year with Mrs. Ponsford, I had barely made it through “Falling Waters” or whatever it was that I played at the Spring Recital. I wasn’t tone deaf like a couple of my buddies but then neither did I have perfect pitch. Mother just would not accept the fact that I was doing poorly. Apparently a heavy decision was made behind closed doors at Morgan Studios, though not in a smoke-filled room. Davo Smith, for reasons expedient, would have a different music teacher after summer vacation.
It occurred to me that what was going on was comparable to punting at football. When the prospect of losing the whole game is imminent, you punt! This makes for big changes, and though you likely lose control of the ball, you still might catch up and win. Another executive decision made for me was that instead of Mrs. Ponsford, I would have Mrs. Learmonth, a teacher who made “house calls”, as they used to say of doctors. (I got the message that my case must have been serious.)

It happens that Mrs. Learmonth was also paid organist for Peak Hagadon Funeral Home, which compounded the problems whenever she taught this dullard following a funeral. Mrs. Learmonth definitely lacked professional detachment. I can hear her now trying to teach me between sobs: “Boo-hoo-hoo. Now, Davo, curve those fingers, boo-hoo-hoo-hoo-hoo.” It even crossed my mind that my performance or lack thereof just might have been the proximate cause of Mrs. Learmonth’s profuse crying, compounded by funerals.

Whether there was learning progress or not that year is doubtful. But as winter receded, plans were made for the Spring Recital by students of Morgan Studios, to be held at the Women’s Club of El Paso, high on Mesa Hill.

Another Executive Session was likely held at Morgan Studios to which I was not privy, that must have gone something like this:

“Davo Smith has not progressed past “Falling Waters.”

“Not only does he not learn; he doesn’t even practice.”

“Perhaps if we were to put Davo Smith with Mrs. Learmonth’s super star student Don Henry, we might, by means of a two piano piece average up for Davo but also cover his ineptness,” (Mrs. Morgan, ostensibly the speaker).

There was another unspoken consideration that hopefully this youngest Smith boy would move on to other things not musical and all would be well.

The two piano piece chosen for me to play at the Spring Recital had an ominous even prophetic title:

But the biggest problem for me was that the kid at the other piano for the pending AVALANCHE was to be Don Henry, my buddy Charles Henry’s little brother.
“So what?” you ask.

Though he may have been a musical genius, that twerp was Charles Henry’s little brother.
(You always translated the word “little” as in “little brother” as “inferior”.)

I wasn’t about to waste time helping Charles Henry’s little brother show off his musical smarts.

Weeks passed and we were making no progress. More correctly, I was making no progress. Don Henry didn’t have to make any progress since he was so far out in front of me in that he could “sight read.” Whether or not I curved my fingers, I doubt that Mrs. Learmonth could find many teachable moments in our humorless, dreadful, weekly hour together.

I liked doing more important things with Don’s big brother Charles, like using parents’ flashlights to explore the experimental caves in Mount Franklin dug by students from the College of Mines and Metallurgy nearby, or hiking over to the AS&R plant at Smelter Lake. Timing for such important events conflicted with music lessons, occasionally causing what our YMCA club, the Pioneers, used to call a calculated fumble.

March and half of April got away from us with no progress on my part of the impending AVALANCHE duo. Don Henry had aced his part of the duo, the hard part.

Mrs. Learmonth implored my mom to urge her darling Davo (she really didn’t call me that) to practice, so that the cleverly conceived AVALANCHE in two parts would come off or come down as planned.

I’m sure a fitting word of warning, translate threat, from Dad Smith would have had a tonic effect on my attitude but curiously it was not forthcoming until it was too late.

Mother implored me to practice, and I got down to business seriously the last week before the recital. Using what I call the hammer/anvil/ramrod method of education, (i.e. sheer repetition), I fragilely learned my part of AVALANCHE,” or so I thought.

Two days before recital, Don Henry and I managed to play through the complete AVALANCHE once, only once, without having it come down on us.

D DAY for the recital was a Saturday afternoon late in May. We performers peeking from behind the curtains could see mothers, brothers, and grandparents assembling in the auditorium. I clearly remember that we were third on the program. An announcement was made over the sound system. “Next on the program we have Don Henry and Davo Smith, playing a two piano number . . . . AVALANCHE.”

Looking back from today’s vantage point, I recall Custer’s words prior to the fateful battle of Little Big Horn: “Up men and to your posts!” The two of us walked onstage to polite applause, faced a sea of happy faces, bowed seriously and took our posts, each seated at a piano.

Tenuously we completed the first half of AVALANCHE and then moved into the second half, where we were supposed to play both jointly… and harmoniously.
Instead, Divergence and Discord crept in. . . . !

Pretending confidence I grabbed an idea, a bad one, and kept right on playing, though noticeably off track. The AVALANCHE was beginning to come down on us!!

Accusingly, I glared at Don Henry, Charles Henry’s little brother, with a feigned arrogance that as much as said, “That little twerp caused all of this trouble!” I plowed on, but headlong as if it were very heavy snow of avalanche proportions.

Then Mrs. Morgan had to come on stage, gesturing “STOP!… STOP!”

Too bad she didn’t have an umpire’s whistle to blow, calling off the game. I must have just shrugged my shoulders, supposing by nonverbal communication to ask, “Is something wrong here?”

If there was any doubt as to my musical inability following my first year recital of “Falling Waters,” there surely was none following my disastrous performance of AVALANCHE.
Perhaps if they’d given grades on interpretation, the non-musical aspects of my unique rendition of AVALANCHE might have earned me an “A.” I may not have brought down the house with applause or laughs, but I did give the folks at Morgan Studio something more of an “avalanche” than anyone ever expected, or has likely brought on before or since.
In my head and in my heart I knew neither my older brothers nor my Mother had been fooled that May afternoon.

Only one person was fooled that day, and it wasn’t Don Henry, Charles Henry’s little brother.

It was Davo Smith.

Though I was too old to be tucked in by Mother, she came in that night to do prayers, and we had a little talk.

I asked, “Mom, do I really have to take piano lessons again next year?”

“No,” she answered kindly, “you really don’t have to.”

That I really appreciated my mother’s response is an understatement.

Had the case been turned over to a “higher court”, shall we say, the outcome would certainly have been far more like an actual…

(For more by David Smith and “Texas Spirits” go to www.totalrecallpress.com or www.amazon.com.)