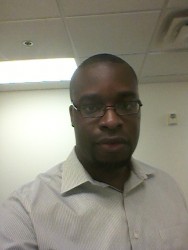 Marc A. Beausejour was born on July 28, 1987 in Queens, New York. He began writing at the age of twelve. Known as an avid reader and poet, Marc moved down to Kennesaw, GA at age fourteen, where he continued to write. In 2011, he released his first self-published book, Words On High.