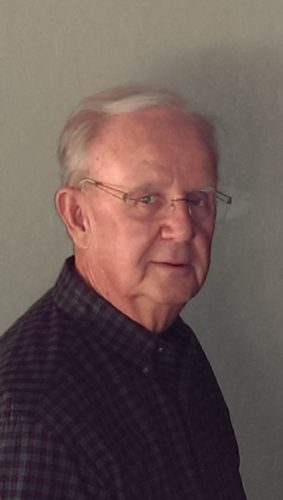 Charlie Resnick was an exceptional math student set to graduate that June of 1968 from Malloy High School in Chicago. Father Ed, his Advanced Trigonometry teacher crowed in the teacher’s lounge that

Charlie Resnick was an exceptional math student set to graduate that June of 1968 from Malloy High School in Chicago. Father Ed, his Advanced Trigonometry teacher crowed in the teacher’s lounge that the boy was the best he ever had. The good priest would write down complex problems on the blackboard and, giving the chalk to his prized senior student that wore fashionable brown wavy hair over his ears, Charlie would quickly solve the problems before other classmates had even a chance to digest them. The brilliant senior student looked like a scholar with thick glasses that made his brown eyes large and round and he rolled his head back and forth as he explained theories and premises. In addition to his mathematical talents, he was also a superb chemistry student. He was, in general, a terrific scholar at the west side all boys Catholic high school. Yes, the brilliant boy was up high on a pedestal. Maybe too high. For in addition to his acumen in the classroom, and unbeknownst to his teachers, Charlie enjoyed a considerable amount of larceny in his soul. He used this God-given acumen to make money, discovering a talent to figure largely the correct odds for college football games during the fall season of his senior year. Recognizing the opportunity to make a killing, he bought a simple printing press to produce parlay cards. For a dollar, a fellow student had the opportunity to make a pile betting on his favorite teams. Seldom did that happen, however, as Charlie worked the odds in his favor as any good ‘house’ gambler would. He flourished, making more than lunch money for sure. But he was not a greedy soul, realizing that making too much dough could bring trouble from the mob, who held the corner on parlay cards at that time. Misfortune wouldn’t come from that direction, however, but it would come. His talent in the chemistry lab would prompt the demise.
The calamity began one day during a project when he found that the properties of nitric acid had a dissolving effect on copper. Charlie then approached his chain-smoking chemistry instructor, Father Adolph, an emigre from Nazi Germany, about the possibility of procuring a jar of nitric acid to enhance his experiments at home.
“This could be very dangerous, Charles,” the priest said holding a half-burnt cigarette upward between a nicotine stained thumb and index finger. With his free hand he combed through his unkempt grayish dark hair, which he often did while trying to come to a decision.
“But, Father, I might be able to help advance the standing of our department in the eyes of the community.”
The good priest weighed this idea with a crooked head looking up toward the top of the wall of the laboratory and nodded. Charlie, a foot shorter than his teacher with thick horn-rimmed glasses, wearing a neatly ironed white shirt with the mandatory Malloy tie, loosely knotted, nodded along with Father Adolph. It was as if they had both come up with a dazzling solution to a most difficult problem.
“How will you get the sealed jar home?” the priest asked, already leaning in Charlie’s favor.
“I’ll transport it by car, of course, Father,” he replied with no intention of doing so. Passengers on the bus would be none the wiser that they would be riding along with the horribly hazardous solution.
“Good. Good,” Father acquiesced. “Yes, this is a splendid idea you’ve come up with, Charles.”