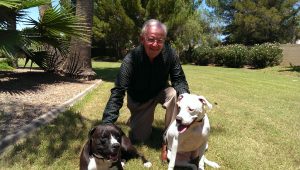 Jimmy Boyle was a snotty nosed kid and a fine athlete. Taller than all others in his Our Precious Lady grade school class, the raw-boned teenager had formidable muscles with a God-given dexterity that

Jimmy Boyle was a snotty nosed kid and a fine athlete. Taller than all others in his Our Precious Lady grade school class, the raw-boned teenager had formidable muscles with a God-given dexterity that made him the most sought after athlete by the many renowned Catholic high schools in the Chicago area in recent memory. It was the week before entrance exams would be conducted at all Catholic high schools on the last Saturday in January. A long standing rule was that a student must attend the school at which the eighth grader took the exam, assuming that he or she was accepted by the school. As there were no residential boundaries in which a student must live to attend a Catholic school, as was the case with the public schools, recruitment of grade school athletes was foremost for success in the powerful Chicago Catholic League.
At the Boyle’s kitchen table that had been cleared of dinner plates where the family of sixteen had eaten in shifts were Jack Boyle, the boy’s father, John Scanlon, the head football coach at Regis High School, located west of Chicago in Oak Park, and Father Al Gilhooley, the pastor at Our Precious Lady and a former athletic director at Regis. The house, a good sized brick bungalow, had kids constantly on the move. Mrs. Boyle, haggard from being with child most of her adult life, passed by the kitchen with a six month old in her arms and nodded at the trio.
Jack Boyle, a house painter still in his colorfully speckled white work clothes, got up from his chair and took three cans of Budweiser from the refrigerator and opened them with a can opener that was on a string attached to a wall by the phone. He set the cans on the table and yelled up a stairway, “Jimmy, get down here. People are waiting for you!”
There was a sound of thrashing about and then the red-headed boy appeared at the top of the stairs slipping a gym shoe on over his heal. He then came down the stairs two at a time and was cuffed on the back of his head by his father. With a strong Irish accent Mr. Boyle admonished his talented son, “You’re being rude to Father and Coach Scanlon.”
“I’m sorry, Father, Coach,” the youth apologized and shook the outstretched hand of the Regis coach who had stood up from the table. “I was upstairs studying hard for an exam,” he added. The pastor remained seated with folded arms and nodded at the boy. “Hello Jimmy,” he said in a superior tone. The priest was heavy set from years of good meals and wore his white collar under a dark sweater.
“That’s good that you’re studying hard, Jimmy,” John Scanlon, the thirty year old coach with a lineman’s build, extolled his prized recruit. “You’ll be a top student for us at Regis,” he added sitting back down.
Father Gilhooley however eyed his parishioner whom he knew better and said, “Be sure to go to confession this week, Jimmy boy.”
“I will, Father,” Jimmy replied looking sheepishly down at the peeled linoleum floor of the kitchen.
“We’re looking forward to you at the Regis entrance exam next Saturday, Jimmy,” Coach Scanlon said.
Jimmy Boyle continued to stare at the floor and took to nervously rub his hands together. Coach Scanlon and the pastor looked at each other and then both looked to Jack Boyle who was downing some beer. He shrugged his shoulders and said, “Jack Stone was here yesterday and made a good impression on Jimmy.” Stone was the head coach at Malloy High School, located just walking distance from the Boyle house and a fierce competitor of Regis.
The Regis coach squirmed in his chair and took a long drink from his Budweiser. He then lit up a cigarette, offering one to both the priest and the boy’s father, and nearly offering one to the boy. The pastor declined, but Boyle gladly accepted one and leaned across the table for a light from the coach.
“Surely, you’re not thinking of playing for Malloy?” Scanlon questioned once he had composed himself.
“Malloy’s a good team too and I like Coach Stone too,” the thirteen year old said scratching his hair anxiously while making an unconscious frown with a crooked head.
The coach looked to Jack Boyle for support, but the painter shrugged his shoulders. “It’s up to Jimmy. Both schools are good Catholic schools.”
Scanlon looked next to his former athletic director, but the priest only cocked his head and formed a steeple with his fingers on the table and said, “You’re a good boy, Jimmy; with a mind of your own. It’s good to have firm thoughts and then make a decision. It’s what God wants us all to do.”
Dismay showed on Coach Scanlon’s face as he sensed that the best athlete he had ever seen come out of the Chicago grade schools might instead be playing against his Regis teams for the next four years and the boy’s pastor seemed to be doing nothing to discourage that. It didn’t help his disposition when Father Gilhooley stood up and said to Jack Boyle reaching out with his hand, “Thank you as usual for your generous hospitality. As I have always said, God does work in mysterious ways. We must be going now.”
The words puzzled Coach Scanlon even further, but it was obviously time to leave. The men shook hands and the coach and pastor left the Boyle home with the crestfallen Scanlon wondering why his former athletic director hadn’t been more persuasive with the future star.

EXAM DAY PART 2
On the Saturday of the exam a warm front moved into Chicago from the south and it was a fabulous day to be out in late January. Normally, Jimmy Boyle would have jogged from his home the six blocks to Malloy to get out of the cold as quickly as possible, but on this unusually tepid morning the boy decided to walk casually and even stop at the corner candy store across from Malloy for a smoke and a couple of donuts. A small round lady named Annie owned the store and lived in the back with an adult daughter that required supervision. A kind soul, Annie never really gushed over the boys from the neighborhood, but she thought of them as her own and made sure they were well fed. In addition to the two donuts thick with chocolate icing for which Jimmy paid a dime, Annie included a strawberry soda, the boy’s favorite, and a book of matches for his smokes.
Contemplating his promising future with Jack Stone’s Malloy ball club, Jimmy sat on a bench facing the school’s front entrance and lit up a Lucky Strike and exhaled a steady stream upward. The first donut was rich and splendid and he felt the morning could be no better. Half way through the second donut he noticed Coach Stone peering out a window above and to the side of the building’s entrance. Jimmy had been about to light up a second cigarette before venturing over to the school, but was glad he hadn’t as Coach Stone might have been perturbed by it. He waved and it caught Stone’s attention as he waved back. Stone was a good guy Jimmy considered, as was Coach Scanlon. He actually felt bad for Coach Scanlon as he liked him and he liked Regis also. He could have been happy attending either school. But it would be Malloy that he played for. He was surprised however that his pastor, Father Gilhooley, gave up so easily. He knew him to be quite insistent in matters and had wanted to stay upstairs when the two had visited his home the previous week.
Students were beginning to show up at the school entrance so the young athlete decided he had best cross the street and took the empty soda bottle inside and thanked Annie. Outside, he was about to cross the neighborhood side street when a black Chrysler sedan pulled in front of him blocking his way. The window rolled down and Jimmy was startled to see Father Gilhooley at the wheel.
“Hello Father,” Jimmy said tentatively.
“Where are you going, Jimmy boy?” the pastor asked.
“To Malloy to take the exam,” Jimmy replied knowing full well that his pastor was aware of this.
“Get in the car, Jimmy,” the priest commanded, reaching over to open the passenger door.
“But Father, I’ll be late for the Malloy exam.”
“Get in the car, Jimmy!”
“But, Father….”
“I’m not going to tell you again, Jimmy boy!”
Feeling he had no other choice, the highly touted athlete sighed and walked around the car and took a seat on the passenger side and closed the door.
“God does work in mysterious ways, Jimmy boy,” the pastor chuckled as he shifted the car into gear.
Upstairs, having witnessed the episode, Jack Stone helplessly watched the great athlete that would be tormenting his Malloy teams for the next four years being driven off to take the Regis exam.