Joe grew up in Indianapolis during the turbulent times of the 1950s and 60s. His parents were from surrounding areas and grew up during the time of the Great Depression shaping their own outlooks, beliefs and values. His father worked two jobs during this time and was not around very much. They were strict but loving parents and worked hard to give their children the best that they could. Joe started working around 5 years old doing odd jobs for the neighbors that his small body could manage. He had a reputation for being strong headed and able to do much more than his rail thin body would dictate. Most of this work was pulling weeds, taking trash cans to the street and picking them up after they were dumped and putting them back in place. Later he would cut several yards, substitute on paper routes, park cars for the state fair by leasing business lots and hiring friends, working at a Root Beer stand and bakery and any other opportunity that arose to earn his keep. He did well in school until the teen years and work and sports took precedent. His grades remained passable. He could have done better but balanced school with work and his sports by season. He was somewhat of a loner and his moral code was much tighter than those he associated with at that time. If there was mischief going on he would drop out of the group unnoticed and head out on his own. Not to say he did not have his own mischief. He was a sort of daredevil and took on challenges that his friends would bet against him completing. Some went well and some not so well. He was small for his age but made up for it with being hard nosed and never quitting. He met during this time a very large black man who was brought to his school to teach P.E. and Health. He also coached him in all sports in Junior High School. He would be a man that made a huge difference in his life and kept him on the straight and narrow until his passing in 2018. Mr Sumlin was quite a man and he wished to be like him. His other teachers were not so inspirational. His writing, art and music lagged as their teaching styles made these subjects deplorable to him. He had written and 281 page Hardy Boys type book with the help of his Godmother at the age of twelve. As he grew the neighborhood changed to high crime and he saw the darkest of his old friends. Some were killed, some took drugs, some committed crimes. There were many elements of this time. The State Fair Grounds Coliseum exploded rocking his house and killing over 120 people. There were bombings of and Afro American Store a few blocks away and two bombings of a store in the shopping center he frequented. He had bikes stolen, was in fights, and was robbed repeatedly. His parents then made the move to a suburb after he was brought home by the police after yet another robbery. He lived with his sister and brother in law for a short time. The relationship with her was not good and never had been. He stayed alone as much as possible and did not take well to his new school. He began to work. First at a grocery and then a full service filling station. These were the wildest years of his life but he survived them unscarred. His first health issues came when he started college. Withing a few weeks he was send home and was confined to bed for twelve weeks.He purchased a Norwegian Elkhound as a pet but was soon breeding and showing these dogs and high end dog shows. He stopped this when he tore up his knee in basketball and moved to an apartment. He had an undiagnosed hereditary liver disease. He continued to play basketball, softball, bowling, volleyball and the new sport of racquetball until by chance he passed and store with a used motocross bike for sale in front of it with a trailer. He was off on a new adventure then. He raced and ran motocross tracks for the next 8 years. This ended with marriage which failed later under a very dark cloud involving his wife’s family. Things turned bad from there. He did have to wonderful children that made it all worthwhile though. At the end of the marriage he was diagnosed with terminal cancer which he has beaten through faith and God’s hand. He also had two heart procedures two years apart. He is a diabetic and tackles all of these with the hard headed attitude he has demonstrated throughout his life. He is now writing and illustrating as time permits. He works with children’s books, young adult, historical fiction, drama and horror. He also writes poetry and short stories. He collaborates with others who cannot put the words to paper to publish their stories. He will continue this until he can no longer put the words down and tell his stories 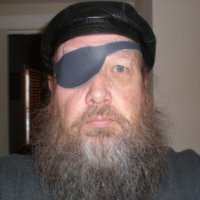