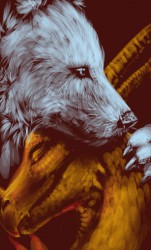 Her mom opens the door to her room to be overwhelmed with a stench. Various objects keep the door from opening entirely. The desks are cluttered with papers, empty pop cans, dirty dishes, and several bottles of alcohol. Her mom can’t see the carpet for the clutter on the floor. The bed has many pieces of clothes, various shoes and other objects preventing one from sleeping comfortably. On the floor beside the bed lies her daughter, face down. Blankets both surround her and cover her. Beside her face is a pool of puke.

Only the night before this still person was a living, breathing college student. She had spent her evening among her closest friends. Cory was a special friend who she took special interest in. He was very emotional and was having problems with his current relationship. While she was visiting with her friends Cory came in the room looking very upset.

“Ignoring me. She keeps treating me like crap!”
“Have you tried talking to her?”
“Yea, she won’t tell me anything.”
“Maybe she just needs some space.”
“I’ve tried giving it to her but it never seems enough.”
“Well… Hey, why don’t we do something tomorrow night. Like go to the movies or something. You know, t’ get your mind off of her for a while.”
“Yea, that sounds kewl. Thanks, J.D.”
“No problem. Hey! Beavis and Butthead is on!”

She, Cory and some of her friends are sitting down in the Palmerton Lobby at about one in the morning on Friday watching TV, talking and doing homework. The group called themselves the Lounge Lizards because they spend many, many hours down in the lobby talking and watching their TV programs. Tom, another of her good friends, sits absent mindedly facing the TV. Chris and Karla cuddle and talk among themselves. Heath is working on EE problems and loudly expressing his confusion.

Heath Stops briefly and asks, “Hey, J.D. how’d you do on your chem test?”
“I dunno yet. I probably flunked it like I usually do.”
Tom looks up and listens to the conversation.
“Tom, howju think ya did?”
“I dunno….ok.”

Tom imitates the Chem teacher by blinking his eyes often and scrunching up his face. J.D. does her Psycho impression: “reet, reeeet, reeeeeet!” while pretending to stab Tom. Cory looks up and starts to laugh. The feeling seems mutual among the small group of Lounge Lizards.

“Hey I’m hungry! Anyone want to buy a pizza with me?”

The group says no so she proceeds to the phone and calls Pizza Patrol to order a pizza for herself.

Shortly after the pizza arrives Cory goes to bed. Karla and Chris decide to retire, too, so only Tom, Heath and she are left in the lobby.

Beavis and Butthead is over so Heath changes the channel to the Cartoon Network. She looks up to see the Smurfs drag across the screen. The lights are dim, the lobby is quiet save the noises spouting from the TV.

“What’s wrong?” he asks.
“Nutton’, just thinking.”
“’bout what?”
“School.”
“What ‘bout?”
“My chem test. I probably failed it. I always do.”
“So, you can fix it.”
“My mom’s comin’ up tomorrow, I mean today. She’ll check on my grades and I’ll be in deep trouble.”
“No ya won’t.”
“Yes I will. She’ll pull me out of school.”
“Why?”
“Because I’m flunkin my classes.”
“No you’re not.”
“Wanna bet? I’m never going to succeed. I keep skipping classes, not doing homework, missin’ assignments. My mom’s gonna kill me!”
“So it’s only midterms, you can fix it.”
“Yea but not before she gets here.”
“So, just tell her you’ll fix your grades. And you’re NOT going to fail.”
“Yes I am. I’m going to end up like my sister with two kids, no education, and with a husband I don’t love!”
“No you won’t! Calm down…I’m going to bed. I gotta get up early tomorrow.”
“Ok. I think I’m gonna stay up all night and deal with mom tomorrow.”
“Oh no you don’t. You’re gonna come up stairs with me and go to sleep.”
“I don’t want to. I’m not even tired.”
“Please? For me?”
“I’m not tired.”
He looks at me with pleading eyes, so to make him happy I decide to go with him.
“Ok, but I’m not gonna promise I’m goin’ to sleep.”
He smiles softly. Heath gathers up his homework and they go up to his room. Quietly they open the door and get in bed. She lies beside him looking at the speckled ceiling. Her body is tired but her mind is awake and alive with thoughts.
“What am I going to do?” she thinks.
“What can I do? I’m caught in a snowball and I’ll never get out.” She looks over at Heath and softly pushes his hair out of his face.
“What are my options? I could get pregnant but then I’d be pushing myself closer towards failure. And it wouldn’t be fair to the father. I can’t ruin his life just cause mine’s screwed up. Maybe I could join the army? Then I could be on my own and be able to pay for my education. No, that won’t work. I wouldn’t last two days in basic training. What can I do?” She turns on her side and cuddles up to Heath. He moves slightly and puts an arm around her. “I’m never going to succeed. I don’t want to live if I’m going to fail at everything. I already tried killing myself but all I succeeded in doing is sleepin’ for eighteen hours. Obviously eight Excedrin P.M. wasn’t enough. Maybe more? Maybe a whole bottle! But I don’t have any money. Maybe I’ll go to Dan’s in the morning. I can go after class at 9 a.m. I can get money and the drugs there, too.

She lies there, her mind wandering. About two hours later, she falls asleep. Seven thirty comes around and Heath wakes her up. Like a machine, she gets ready for class. As usual she gets dressed and calls Tom to wake him up. She goes down stairs and waits for Tom but after five minutes she goes to check on him. She goes into his room only to find him still sleeping.
“Tom! Get up! Class was five minutes ago!”
He raises his head slightly to see who’s talking. “Huh? Oh um, wouldja turn my homework in for me?”
“Yes, and I’ll get next weeks homework too.”
“Thanks.”
“No problem. Sleep tight.”
She closes the door and heads for class. She walks in the classroom doors and turns in their homework. She doesn’t feel like staying so she gets the next week’s homework and leaves. When she gets back to the dorm she sits by Cory in the lobby. He’s curled up on one of the couches shivering ever so slightly. She wonders if this is Bobbi’s doing again and pets him softly. Soon nine o’clock creeps upon her. Just like she planned, she goes to Dan’s Supermarket. She walks inside and makes her way towards the pharmacy department. She passes the cold medications, the contact supplies, the tampons…here she is: Excedrin P.M., Tylenol P.M. and several others stare back at her. Finally she chooses the Tylenol P.M. 24 Capsules. No something to take them with. Not water. That’ll make her sick. Chocolate milk will do just fine. She grabs a small container and heads for the cash machine. Mechanically she takes out $10 out of her parent’s checking account and goes to pay for her death. Once in her car she opens the pills and milk and starts taking them 2 at a time. Twelve doses later she starts the car. Once on the road she remembers and errand she must run, but she needs to hurry so she doesn’t fall asleep at the wheel. She was supposed to pick up a prom dress for a friend and take it home his weekend. She quickly drives to the Bridal Boutique. Once there she sees it doesn’t open until 10 a.m. She frets on what to do as she drives back to the school. Maybe she could leave a note to remind someone to pick it up for her. “Yea, that’s what I’ll do,” she says aloud.

She finds a parking space close to her dorm and enters the dorm for the last time. She studies every crack and crevices, every face and expression. Cory is still lying on the couch shivering. “God. Bobbi must have really screwed him up this time.” She sits down beside him and pets him for a while but begins to feel drowsy. She lays down on one of the couches and closes her eyes. Next thing she remembers the House Mother is yelling at her.
“Cory! J.D.! go up to your rooms if you are going to sleep! Go on! Get up! Go to your own room!”
She sits up quickly but lies back down. Everything is spinning. She can’ hold herself up. Tom sees she is having trouble so he goes over to help her. He wakes her up to the second floor and unlocks the second floor door for her. Quickly as possible she wobbles to her room, opens the door, drops her stuff and drops to the floor where her bed is laying. She thinks to herself, “I just want to go to sleep. Never wake up. Then everything will be ok. If I’d just go to sleep…”