Almost a Mensch Part 2: The Pathway to Menschhood

"“A totally compelling narrative of potential realized, of adventure, and the coming of wisdom born of the fire of daring and courage.” ––Sidney Berger, The University of Houston"

On July 6, 1946 the SS Josiah Wedgwood was thirty miles from the Port of Haifa. I was an eighteen-year-old crewman on that vessel, which was carrying 1,257 Holocaust survivors from camps in Italy to Palestine. Passengers and crew alike were on high alert, watching for two things: British vessels and Haifa. The British had set up a blockade of Haifa and ships caught running it were forced to return their Holocaust survivors to the same countries that had refused them entry.

Our Haifa gambit ended happily. We made it into port and our ecstatic passengers disembarked to singing and cheers of Eretz! Israel!

How I came to be caught up in one of the great events of the twentieth century is an improbable tale. I was not an experienced sailor, had no technical qualifications, and a lackluster past. Most of the blockade runners were Jewish veterans of World War II.

Life has a way of sending me down roads I never dreamed of taking, some the last ones I would have chosen. I’ll mention a couple.

After Haifa I worked my way back to the States on a ship bound for Beaumont, Texas. In the era of segregation Blacks were unacceptable and Jews were unwelcome. I was broke but desperate to get out of Texas. Forever. So later where should I settle? You guessed it, Houston.

I was a high school dropout. So who could imagine that I would end up with a doctorate in sociology and serve as Deputy Director of the Job Corps in the Kennedy administration? Or become Dean of the College of Social Sciences at the University of Houston? Or hold several other high level positions in the arts, research, and banking?

Maybe Bashert explains it. It means destiny or what must be. Maybe it helped that I was open to life, for life has been open to me. It has sent me mostly the good, sometimes the bad, and occasionally the ugly.

TotalRecall Publications Inc. was founded in 1998 by Bruce Moran, a former NASA IT professional who transitioned into computer instruction and educational materials. The company began with the introduction of study guides and Q&A testing software for various computer and financial certification exams and expanded into library and information science textbooks in 2007. Since 2008, the publisher has expanded into general nonfiction and now publishes more than 200 non-fiction and fiction titles, all distributed worldwide through book retailers and wholesalers and via eBook databases such as ebrary, EBSCO, and Books24x7.com. http://www.totalrecallpress.com

In November 2008, the Israel Ministry of Defense awarded David the Israel Warriors Decoration for being a crew member on the Josiah Wedgwood.

David Gottlieb’s “Almost a Mensch Part 2: The Pathway to Menschhood” tells the story of David’s experience aboard the SS Josiah Wedgwood in 1946 and helps the world remember "Never Again."

Author Bio : David Gottlieb is a PhD graduate of the University of Chicago where he majored in both the Sociology of Education and Adolescent Behavior. He has published numerous academic texts and research articles in juried discipline journals, as well as a memoir, Almost a Mensch and the book, Staying in the Game. He served as a member of President Kennedy’s Committee on Science and Technology and as a Deputy Director of The Job Corps in The Office of Economic Opportunity, Director of Research for several White House Conferences on Children and Youth. He was Dean of The College of Social Sciences, University of Houston; Founding Director of The Houston Area Research Center, President and CEO of the Woodlands Center for the Performing Arts (DBA) The Cynthia Woods Mitchell Pavilion, Vice President of the Woodlands Development Company, and is currently serving as VP for Strategic Planning for The Woodforest National Bank and Board Member of The Woodforest Charitable Foundation. In November 2008, the Israel Ministry of Defense awarded David the Israel Warriors Decoration for being a crew member on the Josiah Wedgwood, a ship that transported more than one thousand Holocaust survivors from Europe to Palestine. This award is their highest recognition given to a non-Israeli citizen. 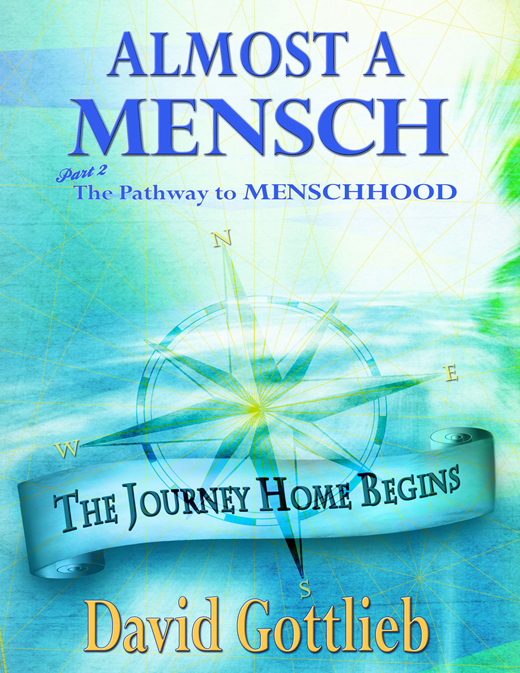