News Hook: “Stonewalled” is a harrowing real-life tale that should be required reading for NEWS JUNKIES AND anyone who has asked the Obama White House a question and foolishly expected a straight answer. Sharyl Attkisson’s meticulous reconstruction of her award-winning investigative stories shows how difficult the federal government has made it to commit a random act of journalism, how the groupthink of network news bureaus can be every bit as soul-crushing as university politics, and how buying digital ink by the barrel is no longer an insurance policy against the kind of government surveillance that used to be unthinkable. – David Martosko, U.S. Political Editor, The Daily Mail (UK)

Stu Taylor Intverviews seasoned CBS reporter Sharyl Attkisson. In her book ‘Stonewalled’ Sharyl reveals how she has been electronically surveilled while digging deep into the Obama Administration and its scandals, and offers an incisive critique of her industry and the shrinking role of investigative journalism in today’s media.

"Stonewalled is the story of the Obama administration’s efforts to monitor journalists, intimidate and harass opposition groups, and spy on private citizens. But it is also a searing indictment of the" 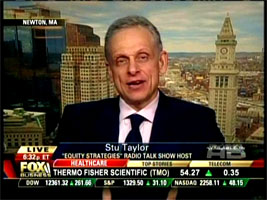