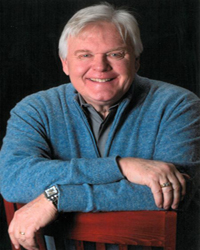 Literary Agent, Author and critic Jeff Lovell is a native Chicagoan, with 3 degrees from the University of Illinois and an earned doctorate from Vanderbilt University. Jeff taught high school writing and literature for thirty three years and sponsored the school paper, Student Council and several other activities. He ran the drama program at two high schools, teaching and directing and designing sets, lighting and costumes. His specialty in his career focused on Shakespeare. Since he retired from education, Jeff has served as a theatre and film critic for a television station and appears frequently to review theatre and literature.