M. L. Hollinger, Author of “Mauhad,” “Love and War,” and “Queen of Gorgos,” Tells a Compelling Story of a Young Man and His Passage into Manhood

""I wanted to create a role model for today’s young man. Javik is the son every father wants.""

M. L. Hollinger tries to give boys a role model in his hero, Javik, in his book “Mauhad.” Javik lives in a country surrounded by mountains and covered in old growth forest. His ambition is to become a warrior like his father, Tolda, but he must pass Mauhad before he can realize that ambition. When his father is killed saving the others in his raiding party, Javik despairs of ever reaching that goal without his father’s training. Goldar, who led the raid when Tolda was killed, convinces the King to allow Javik to train with Tao Shan, the finest mentor in the kingdom. Javik finds himself among the sons of the wealthy and must adjust to the situation quickly. While in training he encounters a girl in the forest. She is Allana an escaped slave, but Javik falls in love with her. He convinces her to come out of hiding, and she teaches the sling to Tao Shan’s students.

The time for Mauhad arrives, and Javik uses Allana’s cave hideout to help elude the warriors sent to find him, but must leave it when those warriors close in on him. He wanders into enemy territory and is captured by Grucheaux, Allana’s old master who also happens to be the man who killed his father. Javik lures Grucheaux into Javik’s country where his Mauhad pursuers rescue him. During the fight, Javik manages to kill Grucheaux which makes Allana his property. He offers her freedom, and they agree to marry in spite of his adopted father’s objections to Javik marrying a slave girl. Before the situation can be resolved, Javik must go off to war. Allana vows to wait for him, but when he returns she is gone.

In the continuation of Javik’s story, “Love and War,” Javik goes off to war. While he’s away the old witch, Grazhda, tells Allana she will be Queen of Gorgos and that her Tao Shan has the key to her true identity. She consults Tao Shan who confirms she is of the royal house of Gorgos.

Allana encounters Grazhda again, and the witch shows her visions which almost convince her to seek the throne of Gorgos. She tells Tao Shan of this encounter, and he offers to help her learn about Gorgos.

Grazhda finally convinces Allana to take on the quest of regaining the throne of Gorgos, but she demands current payment of Grucheaux’s sword and a later payment unspecified but ominous. She explains to Allana what she must do to complete the quest, and Allana recoils from the task. She confers with Tao Shan again and his advice convinces her to take on the quest. She leaves the village with gold from Grazhda and Tao Shan to help her on the way.

Javik gains glory and gold in the war but returns home to find Allana gone. He’s dismayed when Dana tells him she doesn’t want him to follow her. He’s also promised Tao Shan another year of training. He begins the training and Tao Shan gives him a bonus by letting him in on the secret of a magic powder (gunpowder) and the weapon called a hand cannon.

A raid on his village produces a bonus for Javik in the form of a large war dog, Mordah. Mordah’s master is killed in the raid, and Javik claims the huge animal. With the help of a villager who knows about training dogs and a potion from Grazhda, Javik turns the dog to his service.

Margan returns to the village and tells Javik of Allana. Javik is shocked that she owns a bordello, but it does not diminish his love for her. He vows to go to her as soon as he’s finished with Tao Shan.

While he trains with Tao Shan, a promiscuous village girl, Polla, seduces him. Javik continues the relationship because he wants to learn how to please women, anticipating his marriage to Allana. Polla becomes pregnant, and Javik ‘does the honorable thing’ and marries her.

In the final book, “Queen of Gorgos,” Javik returns from the mountain fortress when the passes clear of snow and finds a plague has struck his village. Polla is a victim of that plague, but his son, Garen, survives. Goldar’s wife also falls to the disease, and he and Dana decide to marry after a suitable period of mourning.

Javik has no idea what’s happened to Allana. He’s brooding over his loss when Margan tells him of Allana being forced to marry a bandit king in a country far away. Javik gathers his friends in a quest to free her, and they set off for the bandit king’s territory. They gather other allies along the way. The group manages to free Allana, and they set off for Gorgos. The island is only a shell of its former self, but Allana is determined to bring back its glory.

Allana uses her wiles to gain the position of governor of Gorgos under the Count ruling the province the island is now a part of. She begins to rebuild the royal palace and restore the economy with the help of money from the Argani, a race of money lenders. Her fortunes change when the cache of an old smuggler is discovered containing gold and jewels. Barinosh rebuilds Gorgos’ navy, and Javik’s friends develop a cannon suitable for mounting on a ship. Gorgos becomes a sea power second to none.

A boy struggles to pass Mauhad, the manhood test of his people, and falls in love in the process.

M. L. Hollinger's Mauhad describes a young boy's journey into manhood and the trials and tribulations that go with it.

Author Bio : M. L. Hollinger received an Aeronautical Engineering degree from Purdue University in 1957 and went into the Air Force right after college. He worked on several space program projects including Titan III Space Booster, Space Shuttle, Star Wars and several other special studies for the Air Force. Additional titles include "The Adventurers of Regen the Bremen" and "Josh and the Caragan." 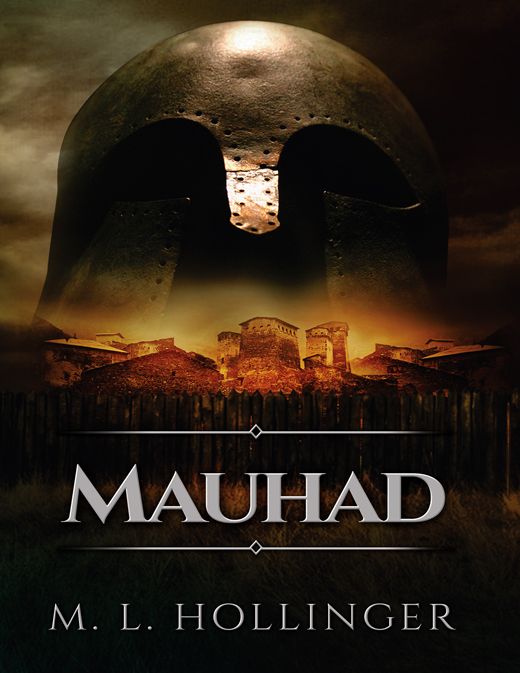