News Hook: This, perhaps the final adventure for Jonny Plumb finds himself in all kinds of trouble when he is firstly accused of giving a footballer a bad case of Floppy Leg. Who then had to be carried into his home on a stretcher. When his wife saw him she fainted and squashed the cat, the cat ran away and hit a paraffin lamp. The paraffin lamp fell over onto the curtains, and the curtains caught fire and then set the house alight. The fire brigade was called and put out the fire but everything they owned was ruined, plus, the cat won’t come home, because the house got burnt down by paraffin lamp, that it knocked over after it was squashed by its owner who fainted after seeing her husband being carried into her home, on a stretcher and all because Jonny gave the guy, who was just playing football, a floppy leg. Jonny then gets banned for a few matches but his new replacement is more than good enough, except, she is a girl and apparently, girls are not allowed to play football.

"This is the sixth book and quite possibly the last in the six set series of Jonny Plumb Adventures which has seen Jonny Plumb go on the kind of adventures children can dream about..." 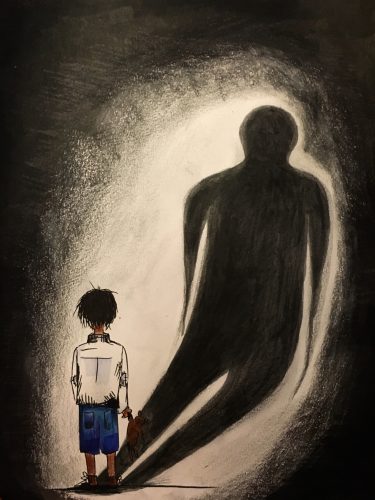