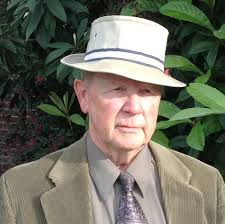 Harold Raley is  professor, linguist, writer and philosopher.
Dr. Harold Raley has traveled widely in the Americas and Europe and studied the literature, history, and philosophy of France, Spain, the United States, and England. Lousiana Rogue is his first novel.

This wonderfully entertaining picaresque novel by Harold Raley falls in the tradition of rogue literature established by ‘Tom Jones’ and other early novels. Set in the nineteenth century, ‘Louisiana Rogue’ will take you on a wild, fast-paced romp through all levels of Cajun society in the 1830s.

Publisher says the book promises to tell “The Life and Times of Pierre Prospère-Tourmoulin, Picketpocket, Thief, Gambler, Fugitive, Undertaker, Barber,Doctor, Priest, Prisoner, Bandit, and Count; Latterly penned in his hand for the gentle reader of leisure, Spanning the years 1831-1839.”