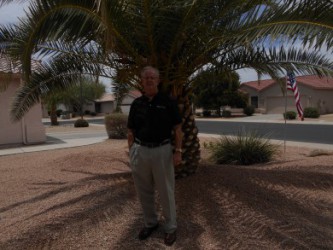 I grew up in Chicago near Wrigley Field and attended the University of New Mexico on a football scholarship, having played on 3 conference championship teams in addition to lettering in baseball. After several years coaching on the high school and major college level, I worked as a recruiter locating and hiring several thousand engineers in the defense and mining industries. I recently retired, enabling me to spend more time writing novels. My first to be published, Prairie Fire, is scheduled to be released by Total Recall Press in August, 2015.