You are here: Home / Poetry / Shame 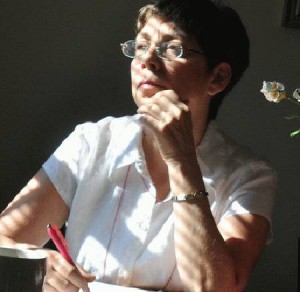 sleek, white-blonde,
severed, polished, sold
to lie prone atop an aged, scored and flecked
mahogany escritoire.
It is a quiet desk
stately, like the once-grand appendage
resting near pens and paper clips
that boasts of ownership—
not as from true origins
once piercing air with pride,
magnificence —
but conceit
a capturing of false bravado
as if one trudged the wild jungles
slayed, and claimed the beast oneself.
Instead it is a furtive money-changing roguery.

A grey, mammoth, hard-rind, wrinkled beast
swaggers as far as possible
confined by iron-barred fetters at the Bronx Zoo
as goggle-eyed babes drool ice cream cones
on bib-less t-shirts
oblivious to a pachyderm’s silent cry
out of habitat
out of sensible mind
and, of course, minus weaponry.

(For more by Alice Shapiro’s “Life: Descending/Ascending” go to www.totalrecallpress.com or www.amazon.com.)