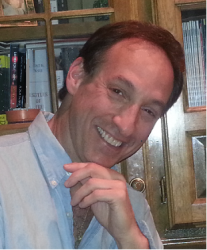 Born and raised in New York City, Michael graduated from John Jay College of Criminal Justice. Michael became a police officer in Fairfax County, Virginia working on patrol and in plain clothes anti-crime. He became the department’s first hostage negotiator due to his ability to communicate clearly and convincingly.

Michael then joined the FBI, spending several years on the FBI-NYPD Organized Crime/Drug Enforcement Task Force, working some of the FBI’s toughest cases. He rose through the ranks reaching the level of FBI Special Agent in Charge, commanding 250 FBI Agents throughout three states. While in the FBI, his most notable case, the Red Lake High School Massacre investigation, thrust him into the global eye and drew praise for his live news broadcast.

Following his career with the FBI, Michael began his security consulting firm and is called upon as a crime and security analyst for local news stations and as a public speaker.

Speaking with a colorful New York accent and personality, Michael is a key note speaker.
From crime and security to overcoming fears, Michael brings energy and keen insight to your next meeting, conference or convention.

Michael’s first book, Walking the Corporate Beat: Police School for Business People, shares his law enforcement experiences to teach valuable lessons that can be applied in life and business. His crime novels are Midnight Sin and Bad Intent.