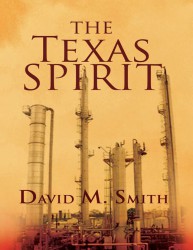 By a fortunate set of circumstances in the late 1950s, I was able to purchase an extraordinary collection of Texiana from the estate of William A. Philpott,

who for 50 years was Secretary of Texas Bankers Association. Mr. Philpott had been a lifetime friend of my banker dad before the days of television. He collected nearly 2,000 items of early Texas memorabilia, especially letters and documents from the years of the Republic, throughout his travels over Texas. Such items are properly designated Texiana.
Mr. Philpott had talked to several institutions, especially the University of Texas, about selling his collection, but nothing came of it. Because of his friendship with my dad, I was able to visit him in the Mercantile Bank Building in Dallas where he housed his marvelous collection. What an experience it was to hear Mr. Philpott tell stories as he thoughtfully examined his items, each of them a pearl of Texas history.

When he died, the executor of his estate contacted all institutions and persons who had manifested any interest in the Philpott collection. I was flattered when the trustee contacted me, because I sure didn’t have the money it would take to buy Mr. Philpott’s Texiana Collection.

The collection was not your proverbial “pearl of great price” but rather like many boxes of them, each document a “pearl” with a story to go with it.

Mr. Philpott had expressed two preferences in selling his awesome collection: (1) that it be sold intact, not piecemeal; and (2) that preference be given to a “younger collector” having an interest in Texas history and Texiana. On age I was then in my 30s, and on interest I presumably qualified, having once been awarded the history medal at El Paso High School.
In the 1940s the Texas Legislature required that all students study Texas history in Texas schools and colleges. As mentioned earlier, I had taken something of a triple dose, at Dudley Grade School, at El Paso High School and at The University of Texas. However, I truly enjoyed Texas history. I didn’t think of my studies in this subject as doses of medicine to be tolerated but rather as big helpings of Blue Bell Ice Cream to be enjoyed. I love our state as much as any Texan [but today I am as opposed to mandatory Texas history as I would be to a Texas Commissioner of Propaganda or Thought Police, something akin to a Texas NKVD. Horrors! Yes, NKVD (thought police any one?)].
Surely I was no historical heavyweight, but what I lacked in knowledge I made up for in enthusiasm. While I didn’t have the funds, neither did the Texas schools or museums at that time. I stayed in touch with the Philpott estate executor for months, and finally I agreed to his price and he agreed to my terms: no down payment, reasonable interest, and monthly installments over ten years while the collection was held in trust.

We had a deal! Meeting my payment obligations was not easy, but at the end of 120 months I took possession of The Philpott Collection of Texiana pearls, as planned and agreed.

The collection included 62 letters or business documents with the signature of Sam Houston, his rubric, and in some cases with his own wax seal affixed. This was the centerpiece. There was an impressive sub-collection of Austin family materials including Stephen Austin’s letter to the Gonzales volunteers. Also there were seven items written and signed by semiliterate Davy Crockett and four by William B. Travis.

Altogether there were more than 900 items of historical interest from the early days of the Republic. What a unique pleasure it was to peruse them! This was the high point of my ownership of Texas historical pearls, the few years before Texas’ Depression of the ‘80s when I owned the Philpott Collection free and clear and had full possession.

In the ‘80s, I found myself in deep trouble financially. Not only was it a bad time for Texas; it was the worst time known by my line of work making and selling specialty petrochemicals. This was further compounded by an explosion at my Baytown plant that was a tragedy literally, legally, and financially.

When I looked at the large debts on my books, I had to face the fact that I had exhausted all sources of money except the Philpott Collection which had appreciated over the years. So to hopefully optimize a sale, I engaged a New York appraiser who ostensibly knew values of rare documents and books. Pursuant to his machinations, the appraiser responded with an esoteric written report and two scenarios. If the collection were sold piecemeal over two or three years, it could be expected to bring $4.3 million.
Wow! That would pay off my entire personal “national debt!” But my big payment obligations to some 200 creditors, many of whom, though I technically wasn’t legally responsible for, wouldn’t allow me to wait the two or three years it would take to sell all the individual pieces in the collection.

The appraiser opined that with a well promoted and organized sale, engaging the services of some high profile Texan, the collection could bring on the order of $2.7 million. The name of retired Governor John Connally was mentioned, and I was able to meet him. As he chewed on his cigar and blew smoke, he expressed a willingness to handle the promotion and sale of the collection through his art and antiques firm.

So I “went into my closet,” so to speak, to think, to pray, and to consider my options, which were few. To sell the marvelous Philpott Collection at auction would be about as much fun as putting your kids up for adoption. Though not formally pledged, I wasn’t being pressured by anyone to sell it at least at that time. I had made slow progress paying my debts from three pages of creditors to less than two pages, having completely paid off many of the smaller ones. I had also undertaken other measures like moving out of our homestead on Rice Boulevard to put it at full risk beyond the Texas homestead exemption. What was the right thing for me to do? I was the one who was responsible for this morass of debt. I was the one who had guaranteed such large notes.

The best course of action seemed to be to have Governor Connally’s firm sell my Texiana pearls of great price at auction. I resolved to move forward with the one-time auction, sad though that would be, and signed a formal contract.

The sale was held at the Dallas Hilton in October 1986. Specially qualified persons and institutions had been invited to the see-and-touch sessions the day previous, and a moderate number had responded. Supposedly hundreds of potential buyers from Texas and throughout the country had been invited to the events by ex-Governor Connally and his partners. Pursuant to making a formal commitment to Gov. Connally, I learned that his debt was a multiple of mine. Sale day arrived. There were specific times scheduled for selling the subsets of the collection: Travis, Crockett and ultimately the large Houston collection.

But where was Governor Connally?
As the morning of the second day progressed, I asked, “When is he coming?”
The short answer was slow in coming, “He wasn’t.” I learned that the governor’s commitment was no more substantive than his cigar smoke, at least to me.
The day wore on; the numbers were moderate at best, with the auctioneer trying to build interest and enthusiasm. Prices were disappointing. About 5:30 p.m. we broke for dinner, resuming for a final two-hour evening session that was somewhat better attended.
Then it was over.

The final results were dismal. The auction brought nothing remotely approaching either of the appraisal figures prepared by the Connally men. The higher dollar number would have cleared all my personal debt, the lower figure that would have knocked it down substantially. The gross proceeds were a disappointing $367,000, less than a fifth of Gov. Connally’s pessimistic appraisal figure. Adding insult to injury was the 15 percent commission off the top paid to Governor Connally’s outfit.

In fairness I might say that the poor state of Texas’ economy MIGHT have been a bigger factor in the punk results than the poor performance of Governor Connally. But he definitely should have been physically present for at least a portion of the auction, if no more than to give a 10-minute pep talk to the attendees.

The good news was that I could go around to my creditors and make appreciable payments, expressing once again my commitment to repay the outstanding principal, albeit with little or no interest. But, with appreciable “cash in my blue jeans,” so to speak, I was always welcomed by a creditor. Some parties who had been skeptical expressed renewed confidence in me, especially five Houston banks I owed money to, or had secondary stand-by guarantees to.

A word of encouragement fitly spoken can have remarkable impact to persons in distress. I could name several persons, some but acquaintances, whose good words helped see me through this dark period in my life, especially members of South Main Baptist Church.
Robert Louis Stevenson had an aphorism concerning hope, so dripping with wisdom that it sounds almost scriptural. “It is better to travel hopefully than to arrive.”

Though I had yet miles to go to keep my promises, it was a bright experience of hope each time I made even a token payment to one of my creditors. Indeed, I was “traveling hopefully,” however long or far it might be to the final outcome.

Addendum: It took me 15 years.

(For more stories by David Smith and “Texas Spirit” go to www.totalrecallpress.com or amazon.com.)