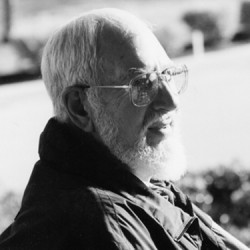 "Say, whatever happened to that Caldwell girl?"

“Which one?”
“You know, the one that was so good looking. I think her first name was Burney, or somethin’ like that.”
“Oh, I know the one you mean. Her name was Brunie. Brunie Mae.”
“Yeah, that was it. She was younger than me, but we were always talkin’ about how pretty she was. I’ll bet she got her pick of the men when she got grown.”
“Well, she did for a while, but things changed after the accident and she never got married. She’s an old maid.”
“You don’t mean to tell me Brunie Mae Caldwell’s an old maid? It must have been some kind of serious accident to cause that.”
“Well, it wasn’t exactly the accident. It was more the story about the accident that done it. It was about the thunder mug.”
[Note: For the uninformed, a thunder mug is a large ceramic chamber pot. It probably got this nickname from its tendency to act as an echo chamber and amplify the sound that occurred while it was being used.]
“The thunder mug! Aw, come on. You’ve got to be pullin’ my leg on this ‘un.
“Naw I’m not. I’ll tell you what happened. One night Brunie Mae got up out of bed to use the thunder mug. The thing musta’ been cracked or somethin’, ’cause when she sat on it, it broke. Busted all over the place, I was told. Now, that should have been the end of it, but one of her brothers told one of his friends, and this friend told some¬body else and so on. You know how somethin’ like that goes. Well, somewhere along the line, somethin’ got added to the story and the story that came out of all this was that when the thunder mug busted, Brunie Mae was cut very seriously in a very strategic place. In fact, this cut was so serious that it rendered her unfit for marriage.”
“That’s amazin’. Did it really?”
“Naw, I don’t think she got cut at all, but once that story got out, nobody could get it stopped. Her brother tried to tell people it wasn’t so, but folks accused him of lyin’ for her. And you know she wasn’t goin’ to let anyone examine her. The boys quit comin’ around — even the ones who wanted to. They couldn’t stand being kidded about courtin’ ‘damaged goods.'”
“That’s really somethin’. Brunie Mae Caldwell, the prettiest girl along the Bogue Chitto. Turned into an old maid by a busted thunder mug. I swanee. I swanee.”