“The Leprechaun Who Was Not a Mouse” written by Maureen Kellar-Kirby – published September 7, 2021 by Total Recall Press.

The Leprechaun Who Was Not a Mouse

"For those who believe in the magical world of leprechauns."

In the second book published by Total Recall Press, Maureen Kellar-Kirby expresses her talent in poetry in rhyming verse in “The Leprechaun Who Was Not a Mouse” and teams up with Christine Me`nard, illustrator to give us a charming story of a little boy who has a friendship with a leprechaun who lives beneath his house. As an Early Childhood Teacher she realizes the importance of showing to children the qualities of a good relationship, love, loyalty, sharing and caring which she depicts in her story. The title itself makes asking the question, “How can a leprechaun be mistaken for a mouse?” The story will certainly satisfy our curiosity and reaffirm what friendship is all about.

How can a leprechaun be mistaken for a mouse? Read this charming, illustrated story about a little boy's friendship with a leprechaun and discover how the clever leprechaun outwits his adversaries..

Author Bio : Maureen Kellar-Kirby is the published author of the books "Go Back Jack" Total Recall Press (2018) and "The Leprechaun Who Was Not a Mouse" (2021) Total Recall Press. She is also an Early Childhood Education Teacher, musician/song-writer, movie-script writer and astrologer. In addition to these she is a wife, mother and grandmother living in Calgary, Alberta - Canada. In the past she has worked as a musician playing keyboards and singing in local bands and as a busker working for Stagehand booking in and around the city. She presently works with young children part-time, for a local school board. . In her book "Go Back Jack", she follows her interest in investigating reincarnation and she embarks on a true story search in 1973 for her past life as a black, American blues musician who lived in the Deep South of the U.S.A. during the Great Depression, "rode the rods" and died tragically before realizing his musical dreams. In her beautifully illustrated rhyming verse book "The Leprechaun Who Was Not a Mouse", she tells the story of the friendship between a little boy and a leprechaun who was mistaken for a mouse. Her movie scripts, "Go Back Jack", "Jimi's Last Poem" and "Idiot House", works in progress, which are constantly being edited and rewritten, following the advice of judges in Los Angeles, have garnered good comments and placed in screenwriting contests in recent years. Her songs are available to listen to at www.soundcloud.com/maureen-kellar-kirby. 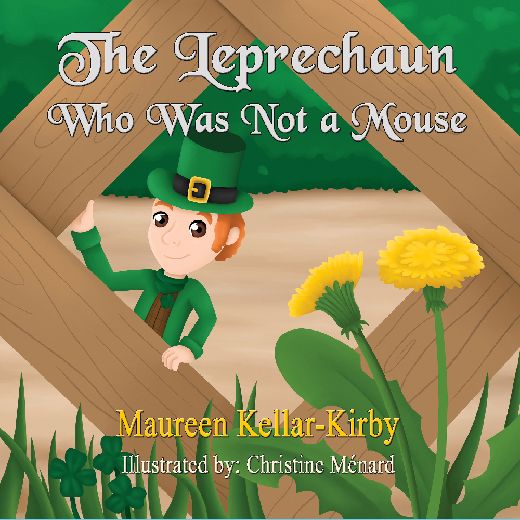