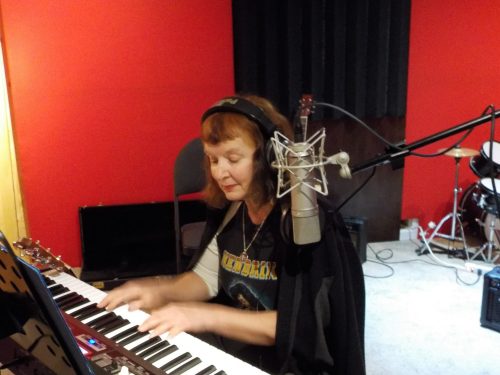 "Die daily, we die like the dishes are done. Wash them away, wash them everyday." "I see so clearly now, what I should have been." Profound words from a lonely soul in deep retrospection.

These word hadn’t surfaced from the depths of my memory for decades so why should they slip into my thoughts now? It had been forty-five years since those spoken words had haunted my mind.

My wandering thoughts hesitated. I got up and grabbed the remote for the Bose stereo, slipped in an “Electric Ladyland” CD and drifted back in time, letting Jimi take me there. He brought me to tears, as he always could. Time didn’t seem to matter. Today, tomorrow, yesterday. How long had it been since I had seen him in a dream or felt the power of his love?

“I’ll always touch you.” How could he have known? Like a puppet at the end of a string. “I’ll do anything for you darling, jump through hoops, travel the world.”

“Please lay flowers on my grave, my sweet lady of life.”

I sat there, tears streaming down my face and once again wondered. How could someone I’d never met before have such a hold on me? No one could understand in the silence of the night, miracles that could not be forgotten.

I was bedlam in the Kellar household. Brady and Dave, a couple of hormone driven teenagers chomping at the bit, wild and restless, playing rowdy ball games on the front lawn with my equally crazy sister Kate. In the kitchen, drinking homemade chokecherry wine and reminiscing about post World War 2, mother, father and the boy’s parents, Harry and Ruby.

Giggles, laughter and a cloud of cigarette smoke drifting down the hallway, everyone was on board for the ride except me. I’d just had an argument with my boyfriend Chris, and was mending a broken heart.

The falling leaves outside seemed to mingle with the damp earth of autumn acrid smell of woodsmoke from the chimney. Time was slipping away towards winter. The waves of Mud Lake slapped the shore in the close distance and our rambling country house at the end of a deserted dirt road seemed strategically vulnerable in it’s isolation. Visitors would cheer us up and help us forget the impending natural changes, this silent preparation for the hibernation of winter, but they couldn’t prevent the loss of a relationship that I knew, was on the verge of collapse.

After two years of struggling with my conscience, I’d surrendered to the fact that my boyfriend belonged with his wife and child and I was an unholy interference that never should have been. I escaped to the sunporch on the isolated south side of the house and curled up on the couch with my silver tabby to watch a bit of TV, alone with my thoughts.

I heard the boys thumping in through the front entrance, loud and full of boisterous spirits and seventeen year old hyperactivity, my thirteen year old sister Kate lagging not far behind in worshipful adoration.

The thought crossed my mind. What if, what if we all got together and had a seance? I was Minnie, AKA the white witch, fascinated with all things dead and invisible. I just might be able to persuade the others to go along with it – a gag, a piece of evening entertainment. I put forth the idea. Kate was enthusiastic, the boys less so, being more the jock type than paranormal seekers, but hey, anything for a lark – why not! I turned on the old cassette tape player that was plugged in and ready. My constant companion. I carried it everywhere, recording radio songs, my own piano playing, lyrics and melodies that came to me as I sat at my grandmother’s old upright piano singing “Pennies From Heaven”, my own thoughts, everything.

We gathered in a circle, sitting down on the linoleum floor on pillows, sandwiched in-between the sandstone brick wall and the picture windows lining the length of the sunporch, overlooking the back lawn. I adjusted the bamboo blinds for darkness. Still a bit of dusty sunlight filtered through the wooden slats, but it was quiet here. Beyond, a view of trees and manicured lawn sloping down to horse pasture. I heard strains of “Witchy Woman” drifting from the radio in the dining room where the party was still going on. I lit a candle and a stick of incense, which I positioned in the middle of the circle on the floor. We all joined hands.

Tousled blonde-haired Dave, who always looked like he was half asleep, took position at the head of the circle. Brady, who might have been more comfortable in a change room slipping on hockey gear right about now, retreated to the side, looking vaguely ill at ease.

“I’ll be the medium,” Dave volunteered.

“Sure, you’re a Cancer,” I muttered, “they’re always mediumistic. But let me be the guide. I’m a Scorpio and we dig the world of the dead. Who should we call?”

“How about Jimi Hendrix, the rock star,” Kate suggested, “he’s only been dead two years.”

“ONLY,” I parroted back. I wasn’t keen on the idea. I’d never been a fan and didn’t have any of his records.

“Yeah, he died of a drug overdose”, Brady snickered, “he was always stoned.”

“Well, okay,” I agreed reluctantly. This was rural Ontario – nowhere land, a teenager’s nightmare, total social isolation. Without a car you were nothing. Even if you did have one you had to be home in time to milk the cows. We’d been left in the dust as far as the hippie scene was concerned. It had passed us by, leaving a few scattered headlines in the newspapers about LSD, Vietnam war protests and rock festivals in the U.S.A. but in August 1970, a month before Jimi died, at the age of 27, I’d run away from home, a rebellious and adventurous 17 year old, to experience the Strawberry Fields Rock Festival in Mosport, Ontario.

There, at the height of an LSD trip on purple microdot, I’d briefly caught a glimpse of what it was really all about. Ostracized by the family, I’d had my car keys taken away and was grounded for weeks.

“Okay, we all need to breathe slowly and concentrate on the candle flame. Empty our minds.”

Dave was already breathing heavily with his eyes closed, his head dropped. I glanced at him worriedly. He didn’t seem to be with us.

The prayer was followed by a series of inhales and exhales and more focusing on the flickering flame. Dave was starting to mutter something that I didn’t quite understand.

“What? What are you saying Dave?”

“Purple waves… so many purple waves.” Dave’s voice was caught up in a choking sob. “It’s so dark in here.” His voice faltered. We were losing him.

“What the hell!” I was momentarily confused.

“Who are you?” I ordered Dave in a tone of voice that I didn’t recognize as my own.

“Juh,Juh… Dave wet his lips and swallowed hard, pushing the words out, one at a time, “JIMI HENDRIX”.

I was stunned. This whole thing had taken me for a loop. I was struggling to regroup. This wasn’t what I had expected.

“The Marshmallow Box”, based upon a true story, written by Maureen Kellar-Kirby, has been adapted to movie script format and has been entered in the Nicholl Fellowship Contest, Page Awards contest and the Los Angeles Scriptwriting Contest 2018. The book manuscript is presently underway. A song from the proposed music soundtrack for the film “Astral Wife” recorded at Bowtown Music Studios in Calgary, Alberta in 2017, has been entered in the International Songwriting Competition in 2018. Maureen Kellar-Kirby has recently published her first book “Go Back Jack” with Total Recall Publication in January 2018. It is available on Amazon and Kindle. The movie script adaptation of the book successfully reached the Semi-Finals with the Story Pros Scriptwriting Contest.