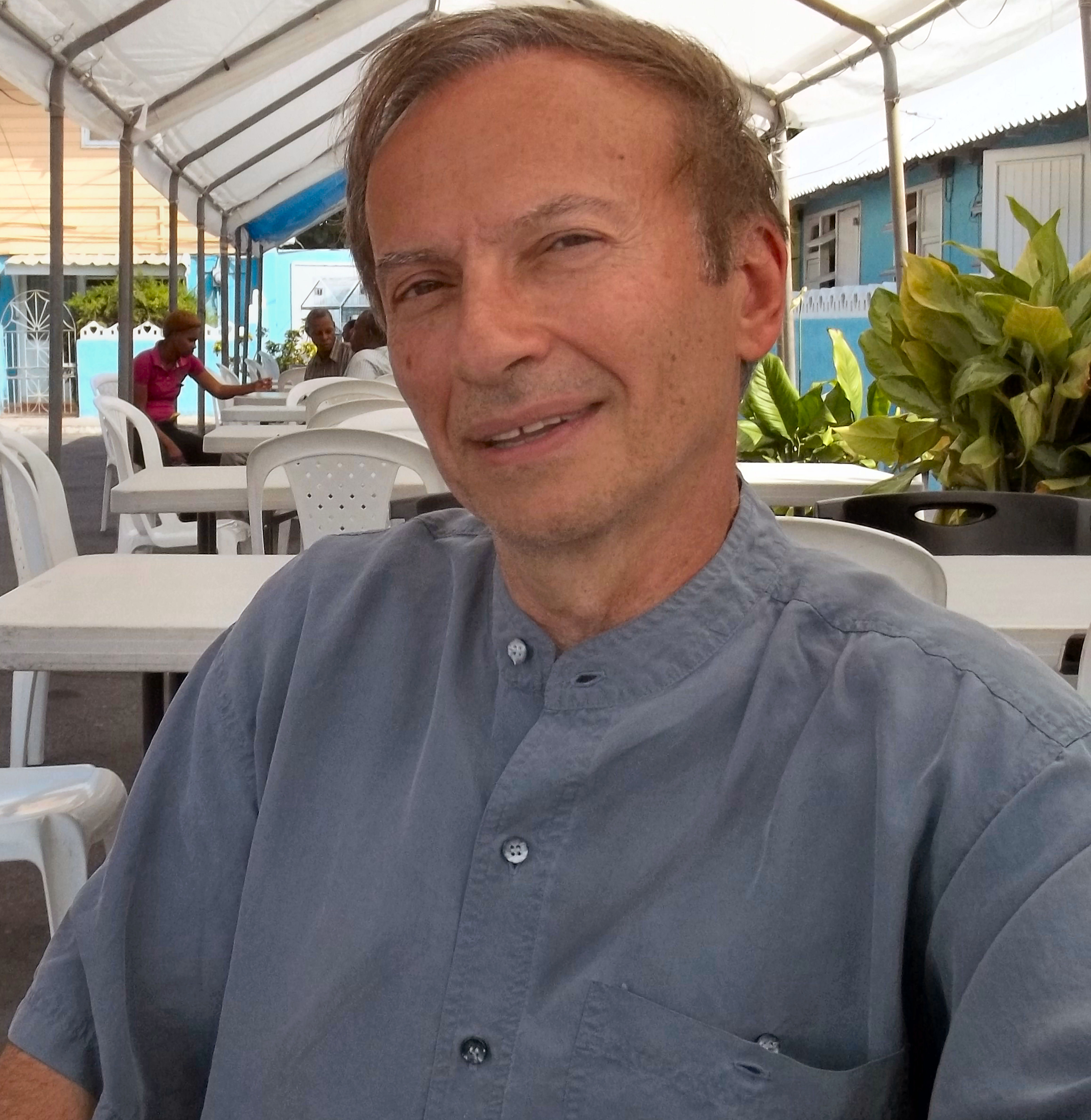 Hi-doh Hi-dee Ha-Ha . . . what? What is that supposed to mean? What kind of title is that for a book? How will anyone remember that? Well, it is after all, a fantasy.

While preparing the book for re-publication, I interviewed attorney Haben Girma, for a profile in the magazine, Diversity and the Bar.  For eight years, I wrote the magazine’s column, “Profiles in Perseverance,” which highlighted the achievements of attorneys with “disabilities.” Girma, the first and only deaf and blind graduate of Harvard Law School, explained that there are a variety of ways to acquire knowledge.  Her method was through touch because she couldn’t see or hear.

This made me realize that because Hi-doh is so much about music and how it can bring meaning to our life, that if I let the reader hear the music, the message would be amplified and add a huge dimension.  So was born the audio book.

Maybe it wasn’t a coincidence that Bruce Moran saw my YouTube video and offered to publish the book just before I met Mary and Lisa.

At the same time, I have wondered if this revival was more of a self-centered project, that perhaps it isn’t all that I thought or think it to be. As a consequence, I have tried to improve on the book, adding some short passages and doing a bit of editing here and there, minor enough though that few will likely notice because the characters and plot remain unchanged. I have realized that its message speaks to many of the issues plaguing our troubled world even more today than 20 years ago. It’s probably why Mary and Lisa liked it, because as Bernie buds, we always said we were of “one heart,” in understanding the changes needed to make our world a better place.

Mary was all-in with helping with the audio book.  Lisa soon followed; I had asked her to narrate the section when the main character has a gender change, and she agreed.  Not only did Mary accept the role of several colorful characters but helped recruit other readers.  In all there are 24 readers, many who voiced more than one character, and four of whom did musical performances.  Seven of the readers were youngsters under 12, and there was a performance by the singing group Sirenz from Oxford, Ohio.  I also had discussions with the Ebony Hillbillies of NYC to do a number but it fell through.  Nevertheless, my discussions with their leader, Walker, were very positive and encouraging.

I was a complete beginner when it came to audio and didn’t know what to expect. I had no studio, an unsuitable mic, and no technical knowledge of acoustics in the early stages. I tried to hire some individuals with experience. The high school kid did not seem up to the task and the professional was far too expensive. In the end it was best that I did it myself because of the complexity of incorporating music and sound effects. Even an experienced professional would’ve required many hours of time, notwithstanding the creativity that went into the process. I had the vision and I had to create it.

I watched so many Adobe Audition tutorials, many very good, but I remember best of all, Beatle Jase, a musician turned audio engineer because of his colorful and quirky personality.

I kind of was flailing in the dark at first and made a lot of mistakes. One of the biggest was using an old studio mic that a friend gave me, causing all kinds of noise and feedback.  To make matters worse, the room used for the early recordings caused extreme reverb.  Lisa spent several days recording her narration using that mic and in that room.  Instead of asking her to do it again, which I felt was too much of an imposition, I was determined to find a fix.

I searched everywhere on the Internet and tried my own tricks, including installing DeVerb software, which actually works quite well.  But I don’t think anyone could’ve fixed her recordings.  Fortunately, Mary persuaded her to redo them.

It took a while for me to get the hang of engineering the audio.  At first I was over editing and corrupting the sound quality.  Fortunately, I saved all the original recordings, and eventually fixed or at least improved recordings that had seemed beyond repair.

In the end, with two mic upgrades, use of the DeVerb, and my improved audio skills, I think the sound is good enough for people to enjoy the story and the music.

But it wasn’t just the audio that was the challenge; it was how to present the music.  I had some experience doing this with PowerPoint and Moviemaker, so that was a help.  But there was so much more I to learn and I discovered what I needed in the world of midi music.

I already owned a CD with hundreds of royalty-free midis of traditional, popular, and classical music, and was surprised to find an endless number of midi files online that have been prepared by computer music enthusiasts over the years, all public domain. On top of that there is music software that allows for rearranging the music, adding instruments, parts, changing keys, and tempos–I used Anvil Studio.

While I had been a music reviewer, my actual technical knowledge of music is limited to singing in the grade school choir and a year or so of piano lessons.  I bought a used Yamaha synthesizer and had a lot of fun playing with the different voices and sounds that I sometimes used to effect.  A couple musicians in the UK also donated music: John Hooper, a self-described “rubbish tenor,” who created the midi orchestrations for the Verdi Requiem in the final chapter, and Ryan Paneq, a young New Age musician who created the main theme at the close of the book.

While there is a great deal of music in the story, I added more, a veritable greatest hits of my favorite classical pieces, the result of 50 years of listening. Classical composers you will hear include Beethoven, Bach, Chopin, Liszt, Rossini, Tchaikovsky, Dvorak, Rimsky-Korsakov, Mussorgsky, Grieg, Mahler, Elgar, Debussy, Delius, Stravinsky, Rachmaninoff, Ravel, Gershwin, Butterworth. E.J. Moeren, Albeniz, and Verdi; traditional and popular composers  include Stephen Foster, John Phillip Sousa, Julius Fucik, Sons of the Pioneers, the Negro Spiritual “Beautiful City,” Jerome Kern, and the Victor Young theme for the movie, Shane; modern music includes the groups, Booker T & the MGs, Credence Clearwater Revival, and the Eisley Brothers.  I even did a little composing.

For music lovers, I think it will be fun to see if you can “name that tune.”

Another aspect of the audio production was sound effects.  I owned a CD of sound effects much like the midi disc, but found a much larger supply online.  The best site was freesound.org.  The process of matching sound effects with the setting turned out to be fun, whether it be nature sounds, battle scenes, circus background, or simply the sound of slamming doors or car motors.  The trick was getting the right balance, so that it was loud enough to hear but not so loud as to prevent hearing the dialogue.

Perhaps the best part of the audio book is the readers who voiced the characters.  They far exceeded expectations, as you probably noticed if you have read the earlier blogs.  Everyone did a great job.  All of them are credited in both the print and audio book.  You can be the judge as whose characterizations you like the best and maybe down the road if a large enough number of listeners develops, I can post a poll.  A special mention should be given to the seven readers under the age of 12; their participation was a big bonus. In the beginning I had tried to do some of the kids’ voices myself but when I found readers of the right age, they were so much better and gave a personal touch to their characters.  This is not to discount the efforts of the adult readers.  It was all the readers, who not only brought the story to life but added much to my creation.

The audio book is the realization of something that I had envisioned when I started writing the book years ago.  I used to hear the music in the story and wanted the reader to hear it too.  But the technology wasn’t available for me then, at least not for me to do with very little budget or audio hardware.  This has changed with the advances made by the personal computer.  I hope you will enjoy it.  Now, about all I could wish for, would be to have Hidoh made into a movie.  Who knows?  Maybe someday.  Life is full of surprises.

To listen to some clips from the audio book, go to my website: tomcalarco.com/blog