two women alone in a room 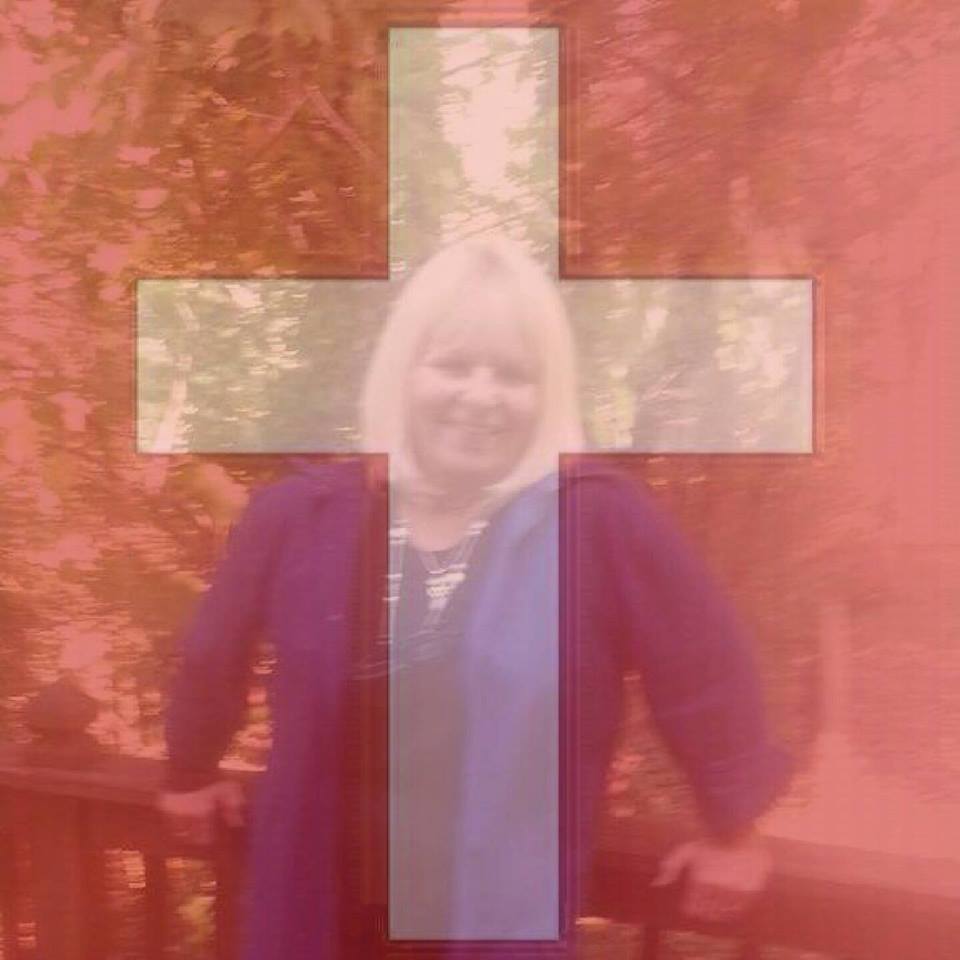 By roberta b rodgers

Two women alone in a room

TWO WOMEN ALONE IN A ROOM

The waiting room was small and painted “hospital green” like so many others during the hippy generation of peace, love and “colors affect your mood.” A small metal receptionist desk sat on the matted and stained shag carpet caddy corner to the doctor’s bright white office door, the only thing in the room that expressed any hope.
The receptionist looked like she had been sitting there since the building was constructed. The brown nameplate read “Ms. Osterich”– the letter “O” cracked and faded with age. “Ossie,” as the doc liked to call her, was slumped over the keyboard of an old selectric typewriter. She was staring at the keyboard, smoke slowly drifting about her head from the cigarette dangling between two nicotine stained fingers. She wore a sea blue polyester pantsuit, the buttons on the jacket straining to hold together the threadbare material. Her white nursing shoes were rundown on both sides, the soles almost gone, like the life inside of her.
On one corner of the scratched and dented black metal desk sat a cactus, the edges brown and dry, as prickly as its owner. On the other corner of the desk sat a box that looked like an old 40’s radio, actually an intercom system, and the lifeline to the office behind the white door where her boss of 40 years resided. There was a picture on the wall behind the desk, a scene that surprised most patients, it was of Paris, but it was as faded as the dreams she had of one day living there. Ossie turned her head to assess the patients who were waiting for the doctor.

Dr. Miller sat behind a large wooden desk, a cheap imitation of a Louie XVI he had seen in a magazine years ago. His old brown leather chair creaked under his obesity as he leaned over his patient’s folders, the arms of his dark gray suit shiny from years of wear.
On one wall was a collage of family pictures outdated by 20 years. His wife had been gone for seven years now, tired of the broken promises of wealth that never came from a practice that never flourished. Dean his son, ten years old in the pictures, and his daughter Rebecca was twelve. They had grown up without him and now they weren’t interested in what he had to say.
Dean had gone on to law school, a DA for the State of Wyoming, more interested in weekend ski trips then spending time with the father he hardly knew. Rebecca was another story. For her he was a failure of a father, who as a psychiatrist, was supposed to have all the answers. Staring at the pictures of a tow headed five year old, blue eyes shining with curiosity and pixie ness, she had turned out to be a coke snorter, prostituting for another fix.
Shaking himself out of his self-absorption he scanned the folder in front of him, how was he supposed to help Mavis and LaDonna and all his other patients when his own life was a series of one night stands from the local bar and loneliness which seemed to blanket his soul.
Mavis was 29 years old and looked 60 from all the beatings she took from her husband, she had been his patient for 2 years and he was no closer to convincing her to get out. She “loved her husband”, famous last words for a lot of abused women.
Then there was LaDonna; Dr. Miller had no idea why a classy woman with money would come to a psychiatrist on the worst side of town when she could afford the best. He thought it might be because her husband was Senator Brier and she did not want to chance anyone in the political realm knowing she was losing it.
He again lifted his head from the patient’s files and opened the bottom desk drawer, the cool, brown liquid in the Seagram’s bottle calling to him.
The two women were alone in the room. At first glance they were as different as night and day. Mavis Smith, sitting on a faded green plastic couch, a leftover from the 60’s, looked as if she was expecting another blow from her husband’s hand. Her hair was mousy brown, shoulder length, and greasy, as she had not washed it in a week or two, her mouth was sunken in where her teeth used to be. The dress she wore had seen better days, the small pink flowered material faded and stained. Her belly hung almost to her knees, her tennis shoes filthy and the shoestrings as broken as her spirit.

The other woman, LaDonna, sitting upright and stiff on the orange plastic chair across from Mavis, stared into space. She was dressed in a navy pin-striped pantsuit, a white ruffled blouse peeking out from the crisp jacket sleeves, a runner of six miles a day there was no excess weight on her. The glare from the lamp shone off her two-inch high blue and white patent leather spectator pumps. Her long blonde hair swept away from her face in a fashionable french twist, allowed anyone looking closely to see the totally vacant look in her cold, green eyes. Her lips turning down at both corners made you see that the outside trimmings were only a façade of what was inside.

Ossie, her voice hoarse from years of smoking spoke softly to Mavis, “Ms. Smith, how are you today?” Mavis, jumping slightly answered, “I, I’m fine Ms. Osterich will it be long before the doctor sees me? I have to get home to cook supper, Robert don’t like it if his supper’s late.” “When are you going to learn that you’re important too Mavis?” Ossie said, “Robert can wait.” “Oh Miss Ossie, you know he’s from the old school, wants his woman to tend to his every need,” Mavis said, her cheeks turning a bright red embarrassed by the knowledge that Miss Ossie knew she’d get a beating if supper wasn’t on the table when Robert got home.
Ossie turned to LaDonna, “And how about you Ms. Brier, are you doing OK today?” LaDonna slowly turned to look at Ossie “Things at my house are dead quiet”; she said nodding her head slowly. Lowering her voice, she muttered to herself “yep, dead quiet.” Mavis turned to LaDonna “I wish things were quiet at my house. Gets to be quite loud sometimes . . .Robert don’t like quiet, I don’t think. Always yelling about something.”
LaDonna turned toward Mavis looking at her as if she had just realized someone else was in the room. She answered, “When you get tired of all the noise let me know. I know just how you can get the peace you need. Yes, I can help you there.” As Mavis turned to inspect the other woman in the room with her, she noticed LaDonna’s small, expensive black alligator handbag beside the chair. Her eyes trying to make out what her brain did not want to register in the shadows, the handle of a small silver revolver.